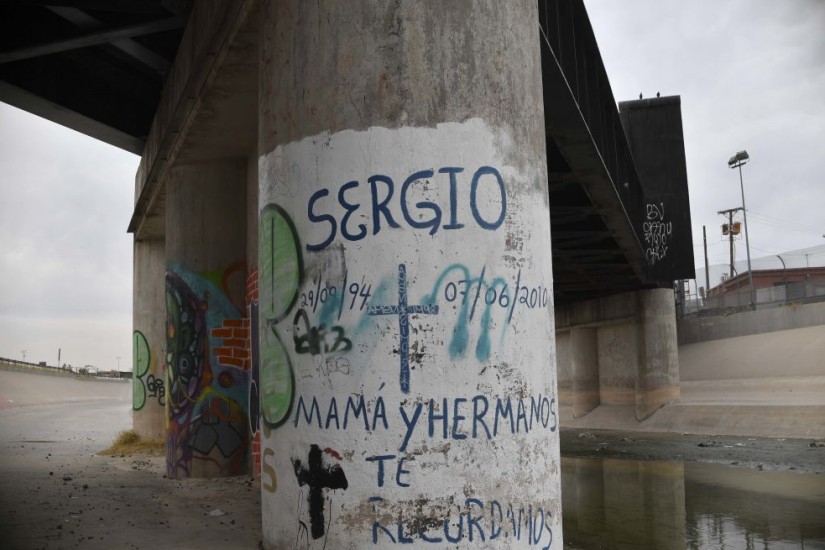 In 2010 Mexican 15-year-old Sergio Hernandez was killed by an American police officer on the Mexican bank of the Rio Grande.
Yuri Cortez/Getty Images

On Monday, the Supreme Court punted in the case Hernandez v. Mesa. The parents of Sergio Hernandez sued U.S. border agent Jesus Mesa Jr. for fatally shooting their son. Sergio, 15 years old in 2010, was playing with three other boys in the concrete culvert that was once the Rio Grande and now marks the boundary between the United States and Mexico. Many of the facts from that day are disputed. But both parties agreed on this: Mesa was on U.S. soil when he fired the shot, and Sergio was standing on Mexican ground when the bullet hit him in the head.

The question for the Court to decide was whether Sergio’s parents could bring a lawsuit in the United States against Mesa for conduct that violates the U.S. Constitution when the victim is not a U.S. citizen and not on U.S. territory. The Court of Appeals for the Fifth Circuit had decided that the Hernandez family could not because, among other reasons, someone who was not a U.S. citizen, not in the United States, and who had no “significant voluntary connection” to the United States did not enjoy the Fourth Amendment right against unjustified deadly force.

The Supreme Court avoided having to decide the constitutional issue by asking the Fifth Circuit to reconsider the case on a different ground: whether courts could permit this lawsuit absent a law that explicitly provides for it.

This decision makes little sense. Even if the Fifth Circuit were to decide that the case can proceed, it had already determined that there was no constitutional violation in this case. The Hernandez family still loses. The opinion would have made more sense had the Court also decided that the lower court was wrong on the Fourth Amendment. The Court declined to do so and essentially asked the Fifth Circuit to provide a different reason for dismissing the Hernandez family’s lawsuit.

The Supreme Court’s attempt to sidestep the constitutional question suggests that the Justices encountered a challenge they did not want to tackle.