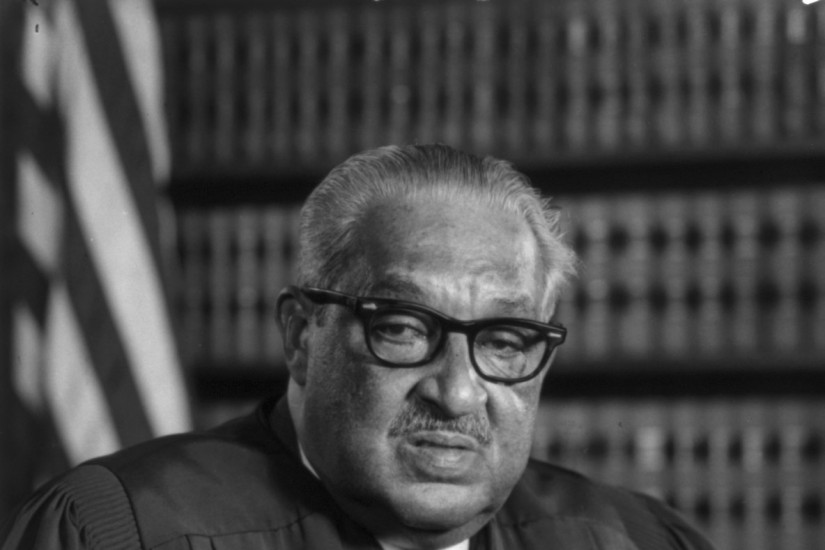 Over the next few days, Thurgood Marshall would have a difficult time concealing his excitement over the changes he was sensing in the courtroom, and how that might play out more widely in the criminal justice system. Before the judge and prosecutor, Marshall argued to suppress Lyons’ confessions. He cross-examined local police, predicting that they might “become angry at the idea of a Negro pushing them into tight corners and making their lies so obvious.” His strategy, he noted, “worked perfect.” By noon recess, Marshall observed, the crowd in court had “about doubled,” as word began to spread that a black lawyer was putting on a great show.

Marshall called to the stand white relatives of the murder victims, eliciting testimony that Vernon Cheatwood had admitted to them that he beat Lyons “for either six or seven hours.... I haven’t even got to go to bed.” Then Marshall had a go at the governor’s special investigator himself, and by the time the lawyer was done, Cheatwood was, as one newspaper described, “shaking as though suffering from palsy3.”

“Boy, did I like that,” Marshall wrote at the time, “and did the Negroes in the courtroom like that.” White people, too, were stopping Marshall in the halls, expressing support for Lyons and disdain for their local police, who had so obviously lied on the stand. The father of the murdered woman even joined the NAACP to emphasize his belief that Lyons had been framed in the killing of his daughter and her family. The young lawyer could barely contain his excitement in a letter he wrote from Oklahoma to Walter White, the executive secretary of the NAACP in New York. “You can't imagine what it means to these people down there who have been pushed around for years to know that there is an organisation that will help them. They are really ready to do their part now. They are ready for anything4.”

“One thing this trial accomplished,” Marshall added, “the good citizens of that area have been given a lesson in Constitutional Law and the rights of Negros which they won't forget for some time. Law enforcement officers now know that when they beat a Negro up they might have to answer for it on the witness stand.”