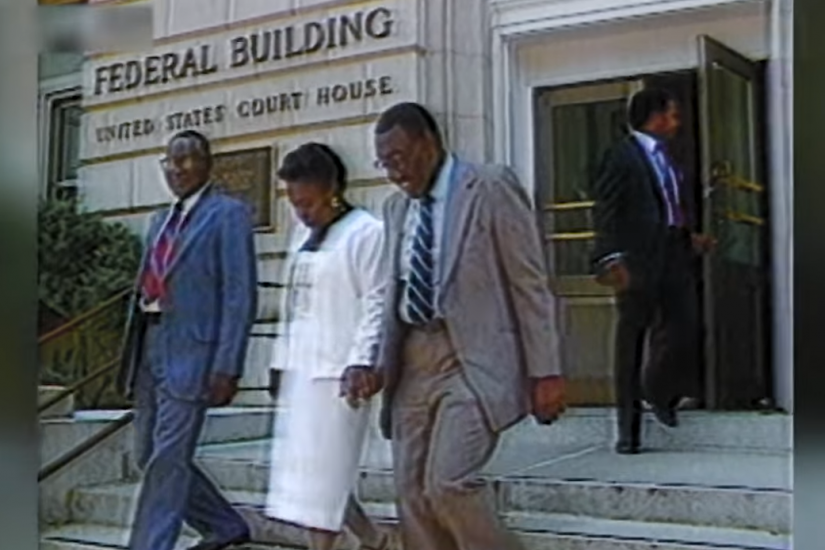 While my husband and I were trying to help black people vote in Alabama, Jeff Sessions was trying to put us in jail.

Perry County in the 1960s was a hostile place to be black. To register to vote, a black resident needed to have a white “well to do” citizen to vouch for them. To enter the county courthouse, blacks had to use the back door. And to fight for our basic rights as Americans, we had to gather in the woods because so many black residents were afraid to be seen meeting in town.

Despite vicious segregation and this climate of fear, civil rights leaders and ordinary black residents organized to seek the right to vote. My husband, Albert Turner, served as Dr. Martin Luther King Jr.’s Alabama field director and helped to lead voter registration efforts in Marion and Perry County. The U.S. Department of Justice and Attorney General Robert F. Kennedy helped to support our voter registration efforts and secure our basic rights. Federal registrars sent by Kennedy worked out of the Marion post office basement and helped to register hundreds of black voters.

In 1965, during a peaceful voting rights march in Marion, state troopers beat and shot Jimmie Lee Jackson, an Army veteran who had tried unsuccessfully to register to vote five different times. Jackson’s killing sparked the first Selma-to-Montgomery March and Bloody Sunday. His death, and too many others, played a significant role in the passage of the federal Voting Rights Act later that year. We relied on the power of that legislation and the commitment of both Kennedy and then Attorney General Nicholas Katzenbach in supporting access to the ballot box for the black people of Perry County.

It would be a great step backwards for our democracy to have Jeff Sessions serving in the job Kennedy and Katzenbach held.