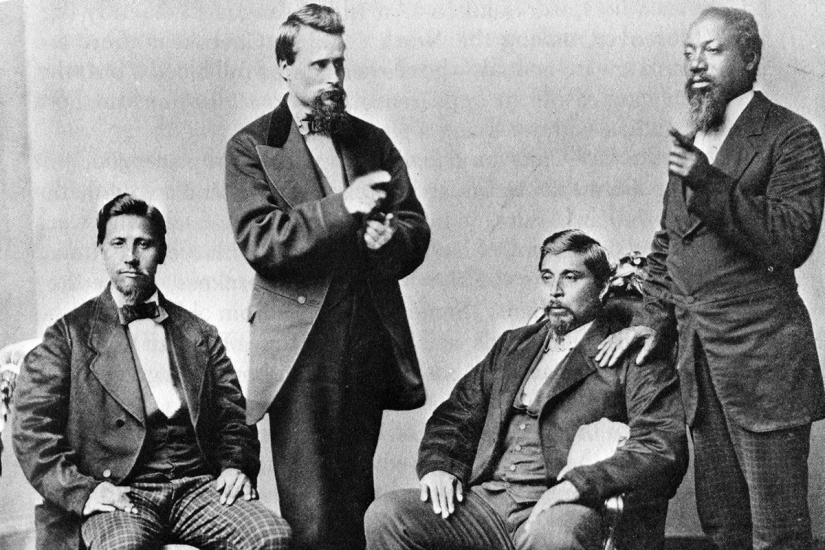 Members of the Creek (Muscogee) Nation in Oklahoma around 1877.
Smithsonian/Public Domain

On Aug. 31, the rights of descendants of African Americans formerly enslaved by Cherokee Indians were vindicated. The U.S. District Court in Washington, D.C., ruled that these descendants have citizenship rights in the Cherokee Nation — the right to vote and to access all medical, educational and housing services provided to tribal citizens. Cherokee Nation Attorney General Todd Hembree said the Cherokee Nation will not appeal the decision.

The uninitiated may wonder why this was a necessary legal battle. After all, the United States extended citizenship to the former slaves of their white citizens following emancipation. Why would indigenous nations who owned slaves — and who freed their slaves the year after the Civil War as a result of new treaties with the United States — not do the same?

The answer lies in the tangled definitions of identity and race in Indian country. Disagreement over whether degree of ancestry or strength of community affiliation should determine one’s citizenship has led to years of lawsuits and tribal strife. As American politicians debate who warrants access to the benefits of American citizenship — for instance, will protections for “dreamers,” brought to the United States as children, actually be terminated in six months? — and white supremacists deride people of color as un-American, the Cherokees serve as a cautionary tale that demonstrates the danger of a nation disenfranchising those deemed noncitizens by a sufficient portion of their constituency.