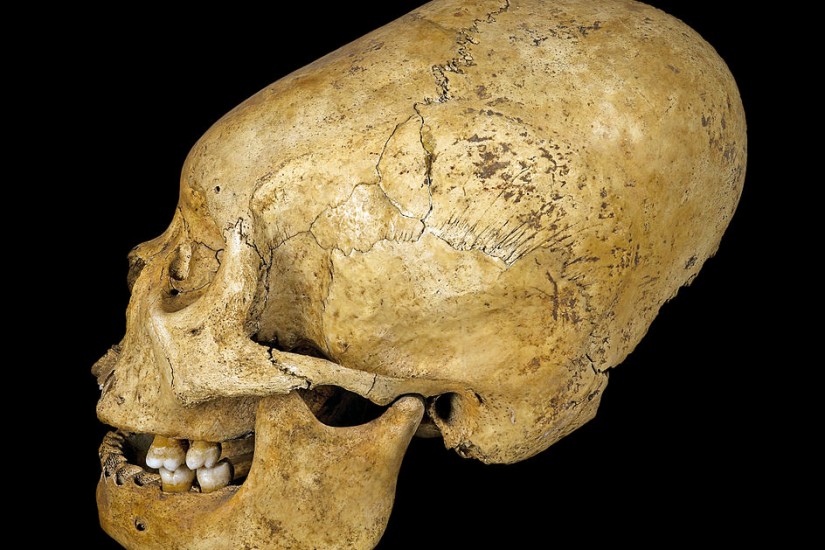 In 2015, Maussan tried to promote a photographic slide from the late 1940s that, he hinted, depicted the corpse of an alien child found in the American Southwest. More skeptical ufologists applied de-blurring technology to the “Roswell Slide” when it was released, and found that a previously undecipherable placard next to the body revealed that it was actually the mummy of a two-year-old Puebloan boy removed from the cliff dwellings of Mesa Verde in 1894. Returned to a National Park museum in 1938, the boy was repatriated to a local tribe in 2015. Incredibly, Maussan then offered $10,000 for information that might permit the Puebloan boy’s “location and recuperation.”

This inclusion of pre-Columbian Peruvians in science’s supposed cover-up of extraterrestrials echoes the previous collection and study of the indigenous dead. In the 19th century, Anglo-American and European craniologists and scholars who came upon artificially molded skulls in Peruvian tombs hypothesized that they were either the undeformed remnants of a lost and civilized people they named the “Ancient Peruvians,” or artificial deformations of later peoples inspired by those Ancient Peruvians’ natural forms. Archaeologists came to realize that “deformed” Peruvian skulls were bound and shaped from infancy, when cranial bones weren’t yet fused—with no change to cranial capacity and, judging from the monumental societies their elites achieved, without handicap to cognitive ability. But ufology’s rise after the “Roswell incident” of 1947 has resurrected the search for secret ancestors—and its less responsible practitioners have re-enlisted ancient Peruvian skulls as evidence of the presence of large-skulled “Gray Aliens.” They speculate that Peru’s greatest pre-Columbian achievements—including Machu Picchu, according to a theory aired on the History channel program Ancient Aliens—are literally out of this world, the product of a superior, extraterrestrial “race” or their borrowed technology.

The use of the word “race” is telling, as it suggests how the repurposing of older, European collections of non-European bodies and research upon them can reproduce old and debunked theories of racial deficiency: that indigenous Peruvians, in particular, could not have built such advanced, monumental societies on their own. (“Ancient astronaut” theorists claim evidence of extraterrestrial inspiration worldwide, but only indigenous Americans see their bodies and achievements remade as only explicable by alien presence.)