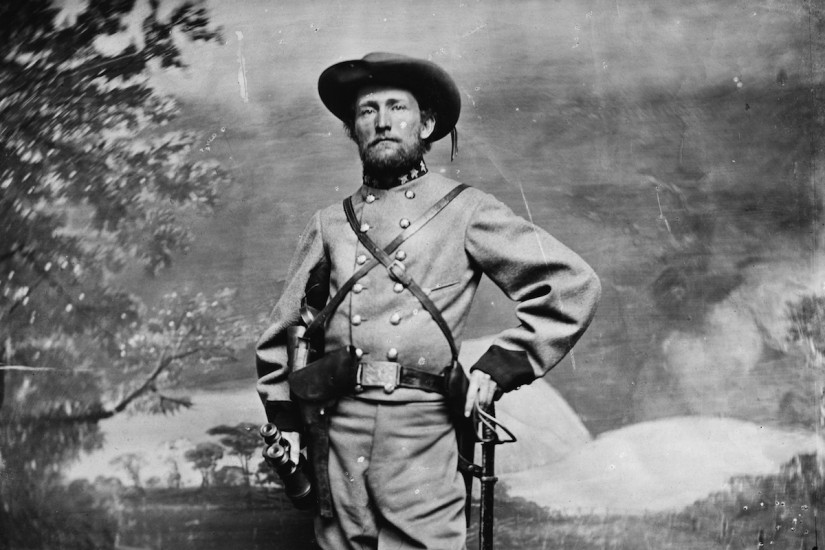 Virginia State Senator Dick Black (R), who represents Loudoun and Prince William counties, likes Confederate monuments. He likes them a lot. He has asserted that to remove them is an attempt to erase history, but recently, Black tried his own hand at erasing history. In an email obtained by the Loudoun Times-Mirror, Senator Black stated to fellow lawmakers that “None of those soldiers fought to defend slavery,” and that “Soldiers don’t serve for things like that ? trust me, I know. Imagine the men of Picket’s Charge thinking, ‘I’m virtually certain to die in this attack, but I take solace in defending slavery.’ Give me a break.” There is an irony in Senator Black’s fears that removing monuments would constitute “erasing our history,” while he simultaneously asserts that “None of those soldiers fought to defend slavery.”

As a historian who literally wrote his dissertation on Loudoun County, I can say unequivocally some Loudoun Confederates did fight for slavery. You need look no further than the most famous Confederate in the history of the Senator’s home county of Loudoun, Col. John Singleton Mosby, the “Grey Ghost” himself. One of the most notorious Confederate guerrillas, Mosby based many of his operations harassing Union supply lines out of Loudoun County. Writing to a friend in 1907, Mosby complained that former Confederates were retroactively rewriting the cause of the war to make their fight seem more noble 40 years after the fact. In the letter Mosby argued southerners should stop trying to hide what they fought for, writing “People must be judged by the standard of their own age. If it was right to own slaves as property it was right to fight for it. The South went to war on account of Slavery. South Carolina went to war – as she said in her Secession proclamation – because slavery [would] not be secure under Lincoln. South Carolina ought to know what was the cause for her seceding. [...]I am not ashamed of having fought on the side of slavery.” I think Mosby knew better than the senator what he and his men fought for.