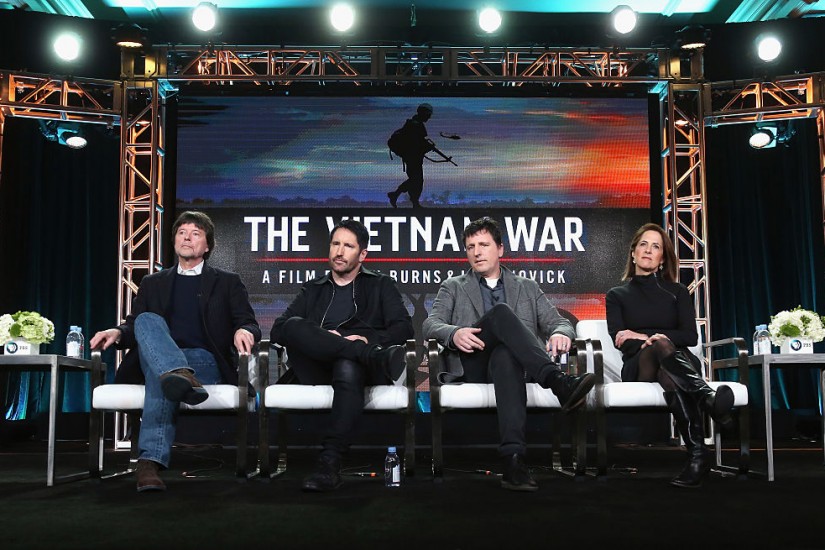 When Karl Marlantes takes the screen during the new PBS film series The Vietnam War, he says coming home was nearly as traumatic as the war itself. Later, he describes being assaulted by protesters at the airport, invoking the image of spat-on Vietnam veterans, an image that Los Angeles Times editorial writer Michael McGough said in 2012 was based on a myth. An edifying myth, McGough called it, but still a myth.

With The Vietnam War, Ken Burns and Lynn Novick have created a film that rehashes some old, tired tropes. In doing so, they distort what soldiers, veterans, and antiwar activists alike know about the war and its aftermath, especially inside the United States.

In their May 29 New York Times op-ed advertisement for the series, Burns and Novick give a lofty rationale for their film. Succumbing to another cliché, they claim it is about healing. But the discourse of healing misleads as much as it informs, presupposing a prewar America that was a seamless unity, where everyone got along. As sociologist Keith Beattie showed in his 1998 book The Scar That Binds: American Culture and the Vietnam War, that America was mythical. The real one was already torn by racism and McCarthyism, and frayed by modern technology. Domestic class conflict and racial and gender anxieties, too, continued right through the war, as the historian Milton Bates pointed out in his 1996 book The Wars We Took to Vietnam.

That fractured America was complicit in its going to war, not simply a passive victim of it. Burns and Novick intentionally exclude scholars like Beattie and Bates, however. “No historians or other expert talking heads” mar their film, they told the Times’s reviewer Jennifer Schuessler. “Instead,” Schuessler reports matter-of-factly, their “79 onscreen interviews give the ground-up view of the war from the mostly ordinary people who lived through it.”

Ground-up views are susceptible, especially after 40 years, to the very myths they are supposed to belie….In the hands of filmmakers, however, such accounts are too easily and too often used as a veneer to manage viewer perceptions.1 Here Burns and Novick offer false equivalences, or “balance” in journalistic parlance. In promoting healing instead of the search for truth, The Vietnam War offers misleading comforts.