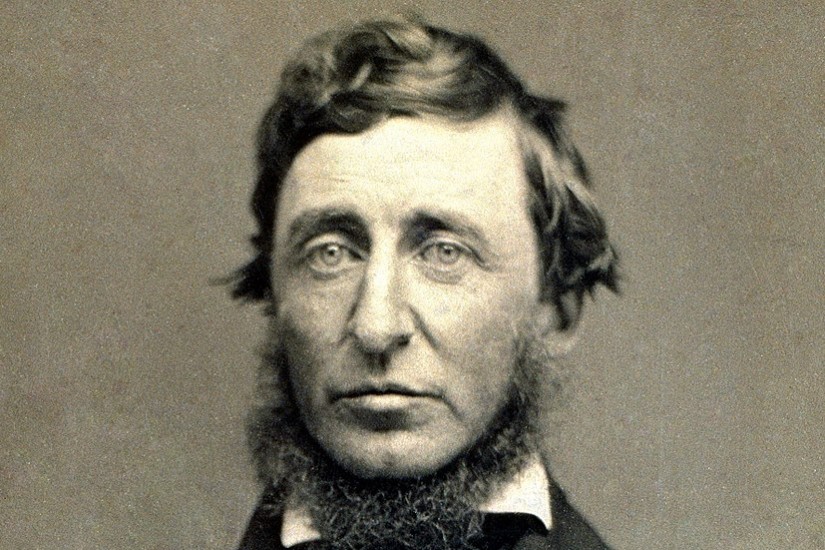 This year America celebrates the bicentennial birthday of Henry David Thoreau with many excellent publications about his life, legacy, and love of the natural world. Only his fellow citizens are likely to lend an ear to them. Unlike his friend Ralph Waldo Emerson, Thoreau hardly makes it onto the list of notable American authors outside his home country. His peculiar brand of American nativism has little international appeal, for as Emerson wrote in his funeral eulogy of May 9, 1862:

No truer American existed than Thoreau. His preference of his country and condition was genuine, and his aversation from English and European manners and tastes almost reached contempt.

These days the question of what it means to be a “true” American resists rational analysis. Whatever one can say about Americans that is true, the opposite is equally true. We are the most godless and most religious, the most puritanical and most libertine, the most charitable and most heartless of societies. We espouse the maxim “that government is best which governs least,” yet look to government to address our every problem. Our environmental conscientiousness is outmatched only by our environmental recklessness. We are outlaws obsessed by the rule of law, individualists devoted to communitarian values, a nation of fat people with anorexic standards of beauty. The only things we love more than nature’s wilderness are our cars, malls, and digital technology. The paradoxes of the American psyche go back at least as far as our Declaration of Independence, in which slave owners proclaimed that all men are endowed by their creator with an unalienable right to liberty.

In this sense Thoreau was truly American. In her splendid new biography, Henry David Thoreau: A Life, Laura Dassow Walls, a professor of English literature at the University of Notre Dame, offers a multifaceted view of the many contradictions of his personality.