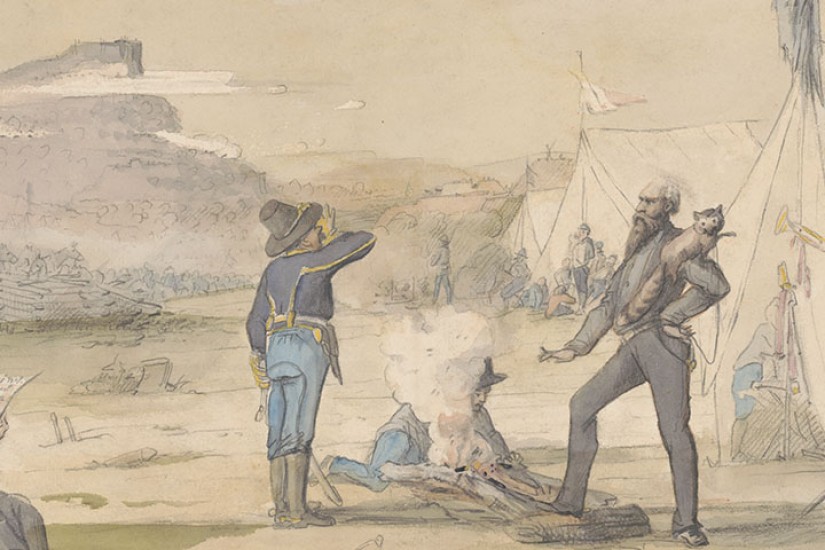 Gallagher has been most derisive of scholars working on the Southwestern theater, the Pacific coast, and Native American studies, many of whom have recently published books, edited collections, and essays in a special issue of Journal of the Civil War Era.

He argues that these military, political, and social studies are irrelevant to Civil War history, for the following reasons:

As a historian of the Civil War in the Southwest, I disagree with all of these assertions. Let me explain why.

News items about developments in the Southwest appeared in newspapers across the nation. Unlike news published from the eastern theater, there was a time lag between events and reportage in the West: the lack of telegraph wires beyond the 100th meridian and the disruptions of railroad travel caused by wartime events meant that easterners typically heard about engagements in the West long after they were over. This does not mean they were not considered newsworthy. The New York Times, for example, ran a lengthy letter reporting on “Affairs in New Mexico” in the same issue (October 20, 1862) as the oft-referenced and quoted review of Mathew Brady’s exhibit of Antietam photographs.

Abraham Lincoln addressed military events, Indian Affairs, and exploitation of mineral resources in the West in his presidential addresses, and the Union Congress acted in several different ways (see below) to bring the West more firmly into the Union as a vast free territory.

Gallagher’s assertion that no one cared about the West also privileges the eastern viewpoint (as most Civil War histories do) and erases the fact that hundreds of thousands of people living in the West cared very much about wartime events there.