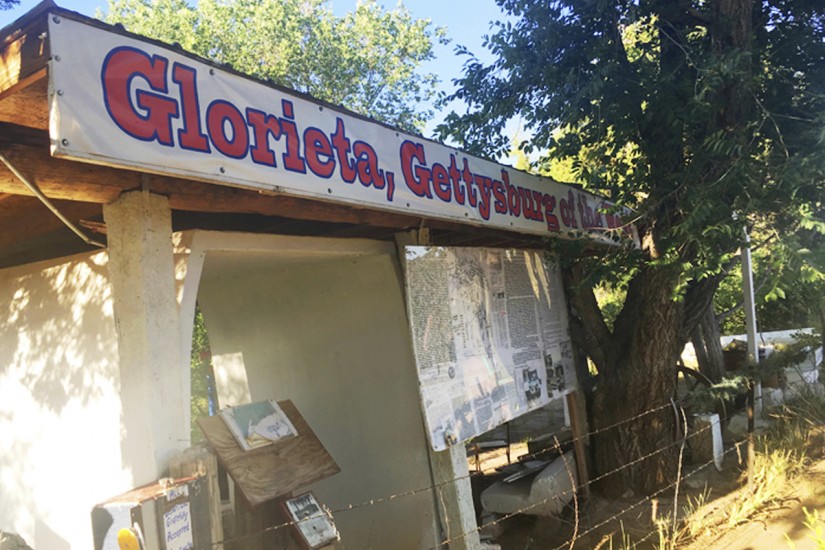 A makeshift memorial to Hispanic Civil War Union soldiers in an isolated part of northern New Mexico is a typical representation of sites linked to U.S. Latino history: It's shabby, largely unknown and at risk of disappearing.

Across the U.S., many sites historically connected to key moments in Latino civil rights lie forgotten, decaying or in danger of quietly dissolving into the past without acknowledgment. Scholars and advocates say a lack of preservation, resistance to recognition and even natural disasters make it hard for sites to gain traction among the general public, which affects how Americans see Latinos in U.S. history.

"People need to see history, they need to touch it, they need to feel it, they need to experience it," said Maggie Rivas-Rodriguez, a journalism professor at the University of Texas who has worked to preserve Latino historical sites. "When something is preserved, it's a daily reminder of our history."

Many states have historical markers and sites dedicated to Latino history but they usually center around the Spanish exploration era, colonial times and Old West settlement periods, scholars and advocates say. Those are "safe" sites because they downplay the racism and segregation Latinos had to overcome, said Luis Sandoval, a nonprofit consultant in Yuma who is pushing for the region to honor Chavez' legacy.

As the nation's Latino population grows, local tourism groups and the National Park Service in recent years have responded.