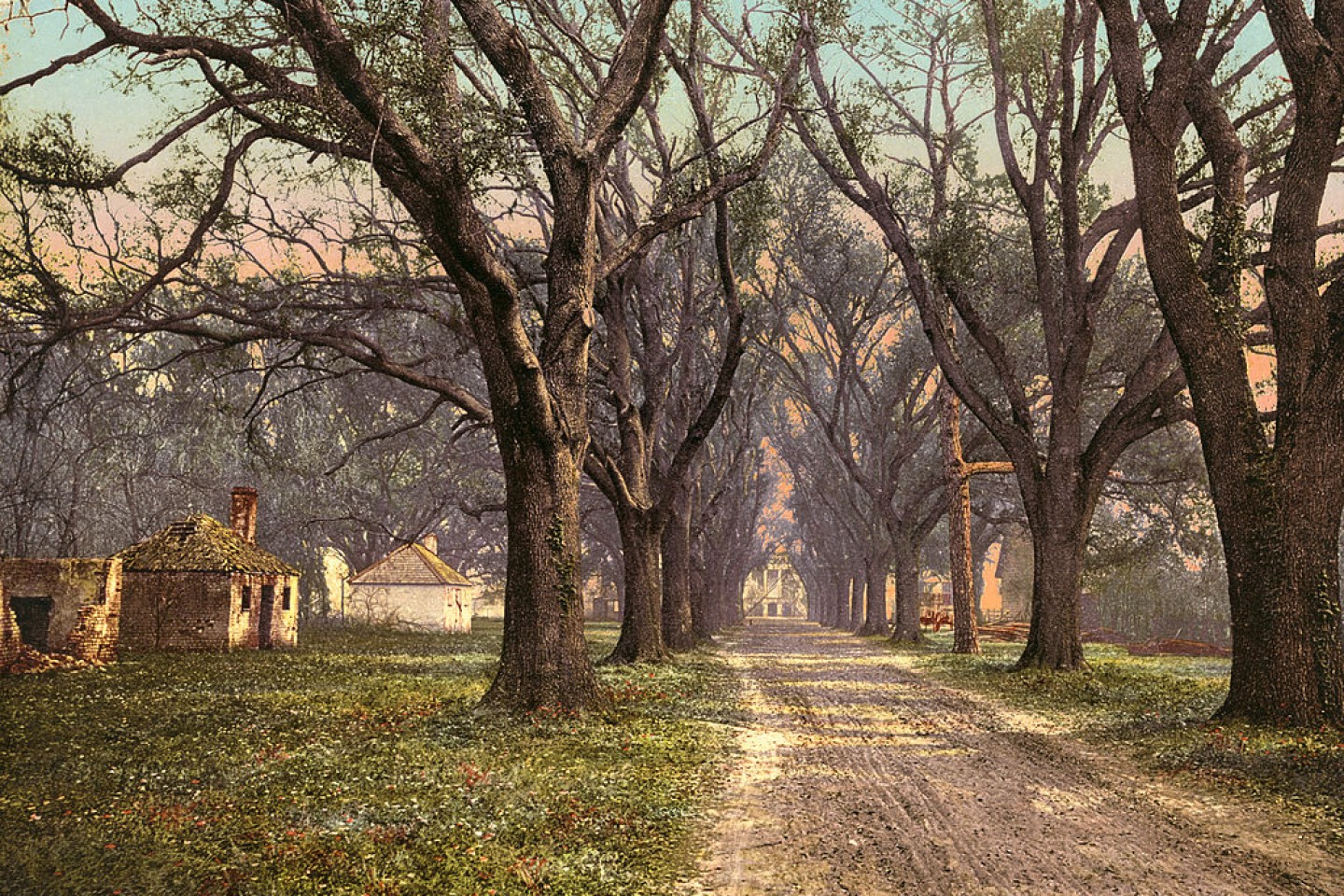 The Hermitage Plantation ca. 1900, including the dwellings of two families who were among 201 enslaved people working the nearly 400-acre estate. The Hermitage was built in 1850, and demolished in 1935.
Detroit Photographic Co./Library of Congress

Last month, the city of Memphis, Tennessee made a surprise announcement that monuments to Confederate president Jefferson Davis and General Nathan Bedford Forrest would be removed later that evening. City officials, who are preparing for the 50th anniversary of Martin Luther King Jr.’s assassination, concluded that the monuments could be a distraction from the commemorative events they are planning for April, as both men are now viewed as promoting the same racial hatred that animated King’s assassin.

The decision was a reminder that last year’s wave of Confederate monument removals will likely continue in 2018. Among the cities debating their next moves is Savannah, Georgia – a celebrated tourist town that has long trafficked in its close ties to the past. A recent report suggested that the majority of Savannah residents would prefer to leave their most prominent Confederate memorial alone, but the city has also been making an effort to balance its celebration of historic neighborhoods with explorations of the ways in which enslaved labor helped to make it all possible. Still, the level of scrutiny focused on the Forsyth Park monument stands in sharp contrast with the attention given to another structure that hearkens back to a time of "Moon and Magnolias," and that few visitors will ever see. I first learned about it while on a tour of Savannah's African-American history in the summer of 2017.

Yamacraw Village sits on the west side of Savannah, between West Boundary Street and Martin Luther King, Jr. Boulevard, and just a few blocks from the Savannah River. Built in the early 1940s with federal money, it was the city’s second public housing project, consisting of 480 units that originally housed African Americans, along with a smaller number of German Jews and Irish Catholics. By the 1960s, Yamacraw Village was overwhelmingly African American, and remains so to this day. As part of the housing project’s design, federal officials constructed an administration building in the image of one of the South’s most iconic plantation mansions.

I was tongue-tied as our air-conditioned bus pulled up to the site of the building. Our tour guide, who grew up in the neighborhood, was visibly disgusted as he shared the history surrounding the building’s history.

Completed in 1941, the mansion was a copy of a nearby plantation home three miles east of Savannah, owned by Henry McAlpin. In addition to its rice fields, the Hermitage estate included a sawmill, brick plant, and iron foundry, making it one of the only antebellum river estates to achieve prominence through its industrial rather than agricultural output. Over 200 enslaved people, who lived in 50 small uniform brick buildings located nearby, oversaw the 610-acre operation. The mansion was constructed in the Greek Revival style and featured twin, curved staircases leading to a towered entrance on the parlor floor and shaved corners. After McAlpin’s death in 1851, the property was divided between McAlpin’s six children. Union soldiers under the command of General William T. Sherman gutted the mansion in December 1864. Stories of loyal slaves hiding and helping the family uncover valuable property after the war were passed down to successive generations, who struggled to maintain their holdings in the face of nearby industrial encroachment. In 1934, Henry Ford purchased the property. The following year he had the mansion demolished, and repurposed the bricks for the construction of his own plantation home in Richmond Hill.

Five years after the Hermitage was torn down, architect Cletus Bergen began construction of the replica in Yamacraw Village. The timing reflects not simply local nostalgia for McAlpin and his estate, but also the broader national nostalgia that was accruing around images of the Old South. Two years earlier, audiences had flocked to theaters around the country to see Gone With the Wind – a story centered on another plantation in Georgia. Margaret Mitchell’s book and the movie it inspired featured scenes of contented slaves working the O’Hara land without any white supervision. House slaves prayed alongside the O'Hara family and took care of their every need inside the Tara mansion. The family's slaves remained loyal throughout the Civil War and Reconstruction.

Our tour guide reported that the local community remains split over what to do with the administration building. Some apparently view it as a clear reminder of the history of oppression and the continued challenges of being black in a southern city. Others, we were told, think little of it beyond its current function as a community space, and remain unaware of its history. In 2001, the building was added to the city’s Historic Buildings Map, creating several new layers of protection against demolition or other structural changes.

The construction and preservation of Yamacraw Village’s administration building is part of a long history of the sentimentalizing of plantations and slavery. This "plantation myth" relies on a dangerous and selective nostalgia, which omits the horrors of rape, the separation of black families and the abuse and dehumanization of African Americans. Historic plantations are still popular venues for white couples hoping to exchange vows in a setting that transports guests to the idyllic and largely mythical world of the "Old South." Many of these venues minimize or ignore entirely the role of enslaved labor and the violence routinely used to keep the plantations productive.

Thankfully, this is changing. Plantation homes such as Drayton Hall near Charleston, South Carolina, and the Whitney Plantation in Louisiana are committed to interpreting the lives of enslaved people for the general public. Movies such as 12 Years a Slave and the recent remake of Roots suggest that Americans may be more willing to face an aspect of this nation's history that has long been ignored or distorted.

This more honest reappraisal of the region’s past can also be seen in the Georgia Historical Society’s effort to install markers throughout the state that highlight the local history of slavery. In 2008, the GHS and City of Savannah installed a historical marker for the 150th anniversary of "The Weeping Time," the largest slave sale in American history. It was not without controversy, but the ceremony brought together hundreds of white and black residents in a moment of shared reflection and acknowledgment of a sad, but important event in the city's history.

The replica of the Hermitage in Yamicraw Village would be an ideal place for a new historical marker. But any acknowledgment of the site's significance would have to address not only the difficult history of plantation slavery, but also the ways in which that history has been used to justify and maintain the treatment of African Americans as second-class citizens. Are we ready?