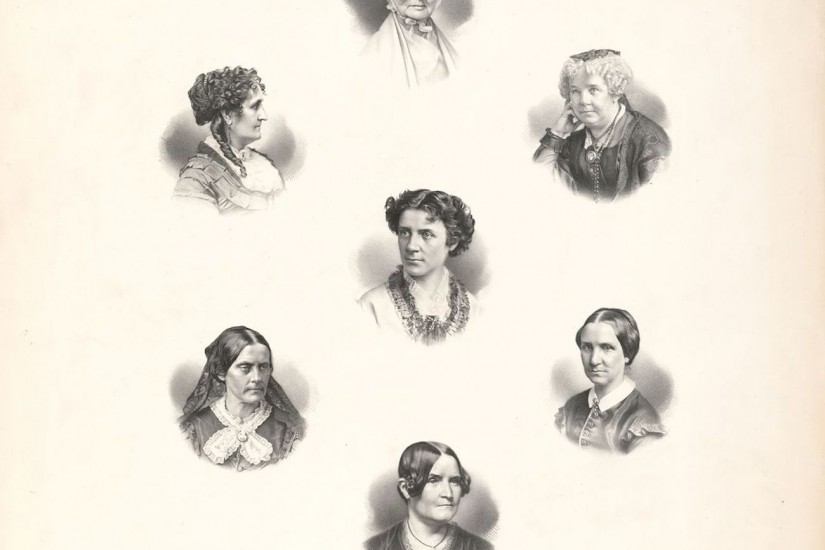 In the catalog’s introduction, exhibition curator Kate Clarke Lemay writes “Votes for Women” is designed to help Americans “think about whom we remember and why,” adding, “Today, more than ever, it is critical to consider whose stories have been forgotten or overlooked, and whose have not been deemed worthy to record.”

Lemay chose to feature portraits of 19 African-American women. Locating those portraits wasn’t easy. Just as they were often erased from histories of the suffrage movement, black women were less frequently the subjects of formal sittings during the late 18th and early 19th centuries, Lemay says.

The overall show is a bit of an anomaly for a museum not dedicated to women, Lemay says. With the exception of one woman’s husband, the exhibition doesn’t include any portraits of men. A pantheon of key suffragists hangs in the entry hallway, featuring the well-known Susan B. Anthony, Elizabeth Cady Stanton, Alice Paul and Carrie Chapman Catt, along with the lesser known activists Lucy Stone and Lucy Burns. Also present as members of this pantheon are black women, including Sojourner Truth, Mary McLeod Bethune, Ida B. Wells, Mary Church Terrell and Alice Dunbar Nelson.

“One of my goals is to show how rich women’s history is and how it can be understood as American history, and not marginalized,” says Lemay. Take for example, Anna Elizabeth Dickinson, who was a highly celebrated speaker on the lecture circuit during the 1870s.

Renowned for inspiring hundreds of men and women to take up the suffragist cause, Dickinson is the center figure in an 1870 lithograph of seven prominent female lecturers, titled Representative Women by L. Schamer. At age 18, Dickinson began giving speeches, eventually earning more than $20,000 a year for her appearances and becoming even more popular than Mark Twain.

And yet, “who do you remember today?” asks Lemay.