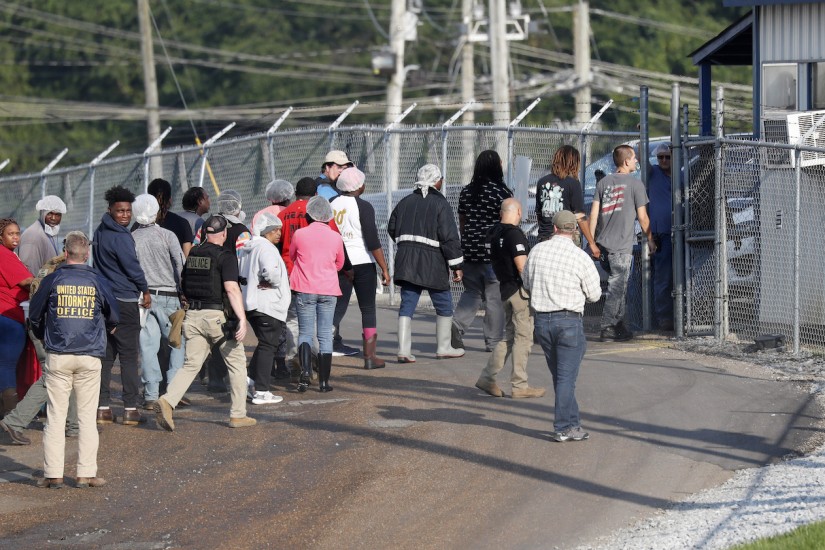 The roots of the heavily Latino workforces in Southern poultry plants lie in the growing American appetite for chicken during the 1990s, and the stirrings of a labor movement by African American plant workers. As poultry production expanded, workers’ pay and opportunities remained stagnant. As a result, labor organizing among the plants’ predominantly African American workforce began to gain traction.

Facing the prospect of its first union contract negotiations and in search of more “flexible” (read: exploitable and expendable) workers, in 1994 a chicken plant in Morton, Miss., headed to Miami in search of immigrant labor.

Advertising in Cuban stores and local papers, it took the poultry processor just one week to fill a Greyhound bus of immigrants eager for work. This experiment marked the beginning of the plant’s formal Hispanic Project, which included not just recruitment and transportation from Florida but also the provision of housing — mostly in dilapidated and overcrowded trailers — as well as local transportation and leisure activities, all for fees deducted from workers’ paychecks that often reduced their meager earnings to below minimum wage.

In its roughly four years of operation, the Hispanic Project recruited nearly 5,000 workers to two Mississippi towns with a combined population of less than 10,000. Not everyone stayed, but this scheme caught on, and other plants began recruiting Latinx immigrant workers from Florida, Texas and even farther afield.

Getting creative, one poultry processor offered its workers $600 for each new employee they recruited who stayed at least three months. Entrepreneurial individuals took full advantage of this incentive to recruit family, friends and others in their social networks in the United States and in their home countries. Once these connections were made, the plants no longer had to leave the state to recruit foreign workers. In the words of the architect of the Hispanic Project, “They were right here.”

By the time I arrived to work in Mississippi’s poultry communities alongside the Mississippi Poultry Workers’ Center in 2002, over half of the country’s quarter-million poultry workers were immigrants, most of them in the South. A mapping of poultry production and Latino population growth shows that poultry has been a major driving force of a demographic transformation in the region. In Mississippi, it was the driving force, increasing the Latino population in some poultry towns by over 1000 percent in the 1990s.

And this transformation of the poultry workforce has only continued over time. Today's Mississippi poultry workers are from nearly every part of the continent, hailing from Argentina, Peru, Guatemala, Mexico, Uruguay, Nicaragua, Cuba, Honduras, Venezuela and other Latin American and Caribbean countries. They are doing work that is hazardous, painful and often degrading. They work long hours for low pay, scratching out a living so that the rest of us can buy cheap chicken.

And they do so because they were literally invited, recruited and incentivized to come. For ICE to be conducting raids in Mississippi ignores this history and ignores how the poultry workers recruited to these towns a quarter century ago have laid down roots. They have made Mississippi home and raised families.

Though industry leaders didn’t predict it at the time, the Hispanic Project changed the landscape of Mississippi and the rural South. In poultry towns across the region, today you can find authentic Mexican food, pickup soccer games, an abundance of Spanish-language churches, and schools brimming ...