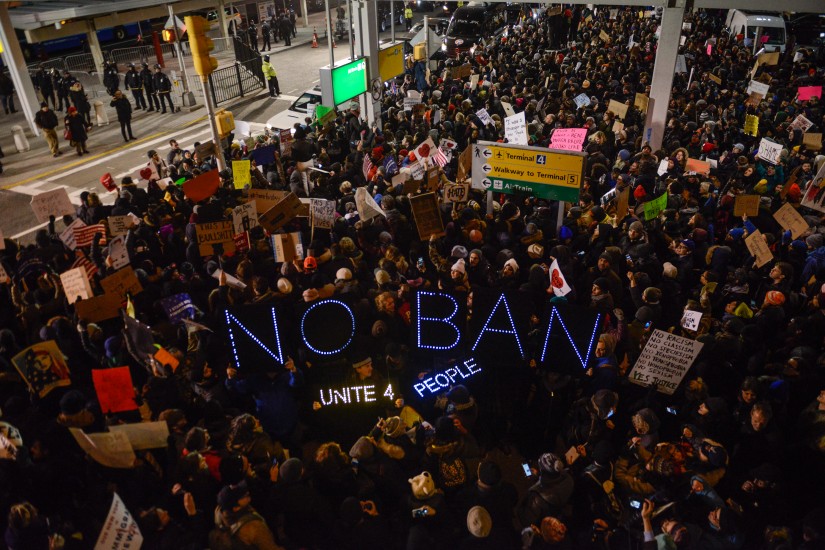 A protest at JFK International Airport, against the immigration ban.
Stephanie Keith/Getty Images

But the words are more an incantation than an accurate description, built on hope not history. For all the recitations of Emma Lazarus — give me your tired, your poor, your huddled masses — the story of American openness to immigrants and refugees is more cramped, more Trumpian, than our national myths suggest. In order to understand and undo the Muslim ban (and given the prioritization of religious minorities in those seven countries, a Muslim ban it is) we need to understand why it is in fact in line with our history, even as it feels so un-American.

When the Chinese Exclusion Act went into effect in 1882, the United States was a racially stratified nation, one in which white Americans had more political rights and economic opportunities than others. So it is perhaps no surprise that the first comprehensive immigration restriction was about protecting both white identity and white economic opportunity.