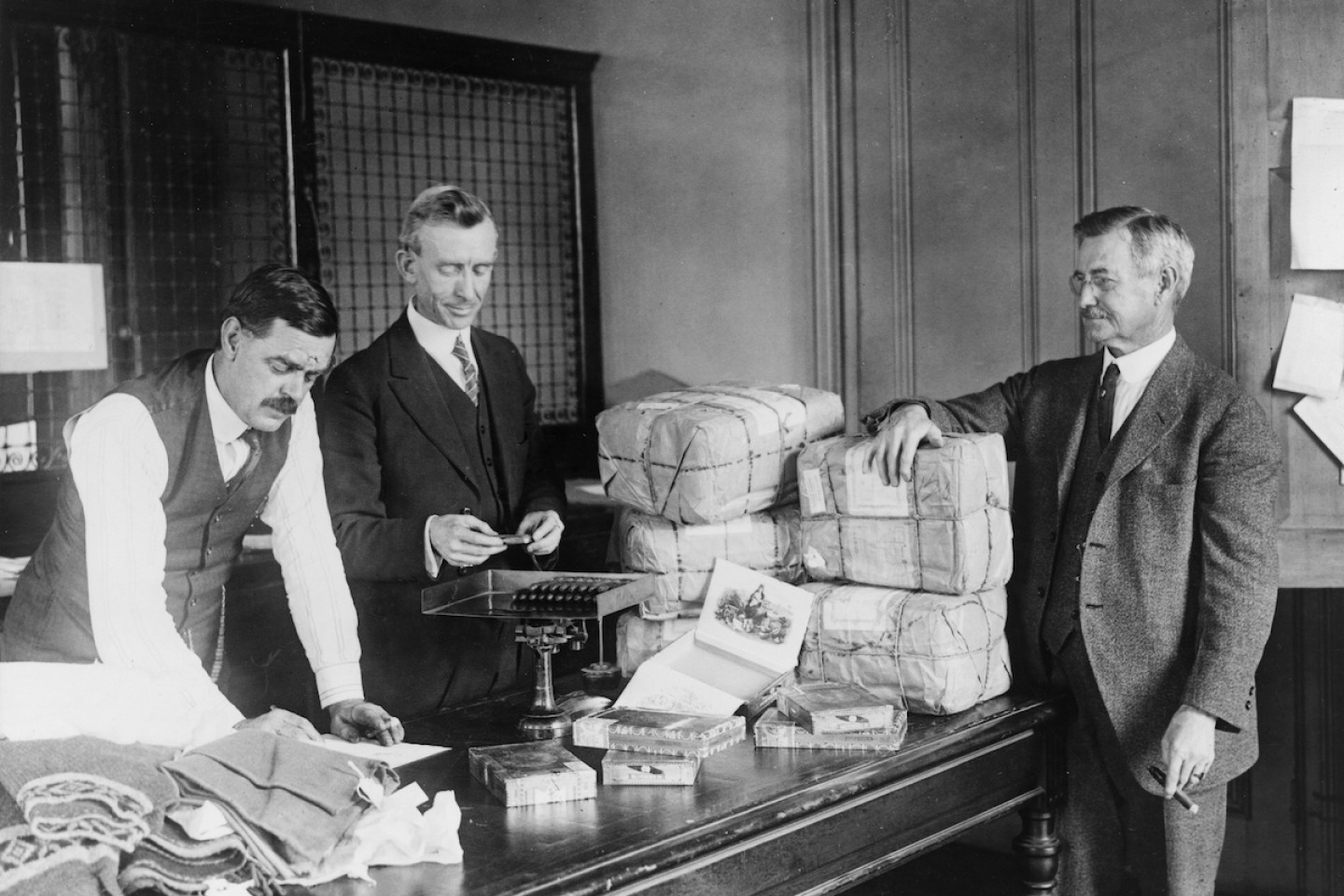 President Trump appears to enjoy picking fights with America’s trading partners. The pawns in his game of two-dimensional chess (if you win then I lose) are not only finished goods, like appliances or vehicles, but also raw materials and other things further up the supply chain. Thus, in March, Trump proclaimed tariffs on aluminum and steel in hopes of reviving these industries in the United States.

When the Commerce Department formally announced the new tariffs, it allowed American companies to petition for exemptions if they were unable to get what they needed from domestic suppliers. Over the subsequent five months, the Commerce Department’s Bureau of Industry and Security (motto: “Where Industry and Security Intersect”) received more than 38,000 exemption requests. Alcoa, for instance, claimed it couldn’t find enough of one aluminum alloy in the U.S., and needed to bring in aluminium from Canada.

But Commerce also allowed companies to object to others’ requests for exemptions. If a bicycle builder alleges, for instance, that there aren’t any domestic sources of quality steel tubing, steel tubing makers are allowed to insist that they do in fact sell it. Alcoa’s cousins in steelmaking—especially those, it turns out, connected to the Trump and/or Putin administrations—have filed thousands of objections, and succeeded every time.

How specifically does a company have to define its requirements to qualify for an exemption? Petitioners insist that they need flexibility. If that bike shop is forced to give a narrow chemical and physical definition of what it wants exempted, then even a normal error—an accidental delivery of better tubing—could wallop the shop with a tax bill. Domestic steelmakers, conversely, will argue that their tubes are perfectly “substitutable” and of “satisfactory quality.” In an attempt to head off these disputes, the Bureau of Industry and Security advised that a substituted product need not be “identical, but it does need to be equivalent.”

If only it were that simple. What is “identical” and what is “equivalent” are questions that tariff enforcers have been struggling with as long as there have been tariffs to enforce. In the late 19th century, in particular, the U.S. protected its industrial economy behind high tariffs on almost everything. The customs service became, in many respects, the most powerful organ of the federal government. Because tariffs were the primary source of federal revenue, officials of the Treasury were always nervous that merchants were playing the government like a fiddle. Commission after commission was appointed to investigate whether goods were systematically undervalued at the border.

Gilded Age officials were not the first to worry about customs fraud, nor the first to look for experts to calm the government’s nerves. By the 1880s, this search had led the Treasury Department to appoint chemists to custom house positions, under orders to ascertain the precise chemical properties of imported products. But some chemists dreamed bigger. Just as alchemists had pursued the philosopher’s stone, these analytical chemists sought scientific tests of value that could objectively determine how much a product or good was worth.

This quixotic search often produced absurd results. One particularly loopy example showed up in 1886 on the desk of the chief customs appraiser in the Port of New York. Its author believed he had developed a new tool for the U.S. government to use in its assessment of one important import: wool.

The central element of the proposal was a chart. It is a mind-bending image. A flurry of lines and arrows intersect circles and arcs, and letters and words of various sizes are scattered across the diagram as if by a typesetting malfunction.

At the time, U.S. law defined wool as “washed,” “unwashed,” or “scoured,” and assigned a tax rate to each category. These categories implied what the proposal’s author called “a history of the events connected with a parcel.” But customs officials often had no way of knowing what had happened to the wool prior to their inspection. Had the wool actually been washed or scoured, or not? This was the problem that the author proposed to solve scientifically. “Sir,” he began,

respectfully referring to the propriety of ascertaining the ‘dividing lines’ essential for the discrimination and separation of the ‘unwashed,’ ‘washed,’ and ‘scoured’ qualities of wool, I have the honor to submit a ‘suggestive chart’ as a scientific representation of the obligations which co-exist with the natural relations connected with the subject-matter under contemplation.

In other words, he would use science to derive the commercial value of wool from its organic qualities. 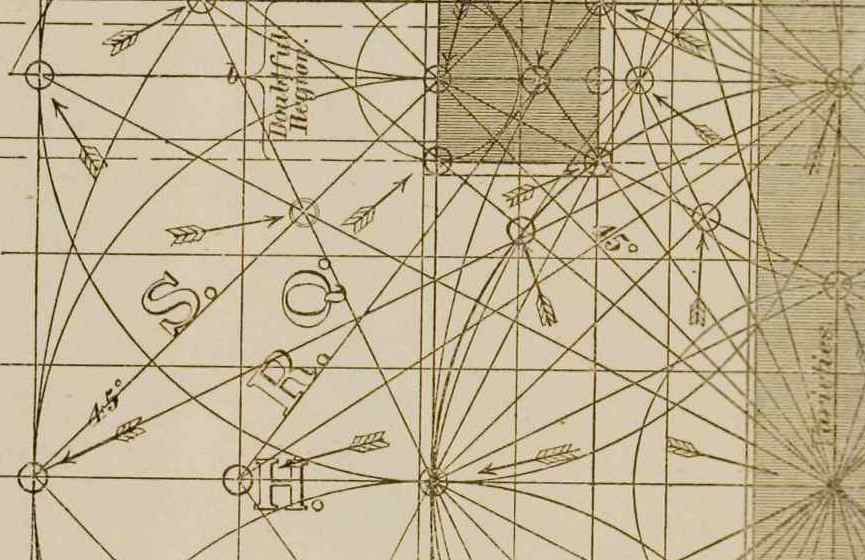 The proposal was signed by Dr. Haydn M. Baker, a chemist in the New York customs laboratory who oversaw its appraisal of textiles and dyes. According to a contemporary newspaper profile, Baker knew more about the composition of textiles than anyone else in America. It wasn’t clear where he had acquired his expertise, his doctorate, or his quasi-Biblical goatee; the same paper reported that “he had been a roving spirit in his younger days.” M. stood for Mozart. Later in life, he tried his hand at composing.

In language as baroque as his graphics, Baker explained to his boss that his chart would eliminate the perils of “human judgment” from the evaluation of wool. First, he defined “absolutely clean wool” to be the same as “chemically pure fiber,” and then set to work with his protractor, constructing a chart that would show how to classify wool of any percentage. His goal was to derive, geometrically, the “theoretic separation” between the categories “washed,” “unwashed,” and “scoured.”

After five-plus years of staring at this diagram and at Baker’s text, I continue to find it completely inscrutable. There is little reason to suppose it was received more favorably in 1886. The chief appraiser of the port forwarded Baker’s submission to the U.S. Senate, along with a simplified version of the chart as an “illustration of principle.”

Here again, Baker’s explanations are nearly impossible to parse. (“The approach, intersection, and departure of the peripheral line with and from the diagonals is the proof of coincidence and deduction.”) But between the lines and circles, one remark does stand out:

But since the operations that produce the grades belonging to each section are so variable in their effects, the said operations result in qualities which overlap the section where they belong and interlaminate with the kinds peculiar to the adjacent section.

Translated, Baker is admitting that the world of wool is fuzzier than his theoretic lines. Some unwashed wool might have more fiber than other wool that has been washed, and a batch of washed wool might have more than another that has also been scoured. Baker does not dwell on this basic problem, which bedevils all forms of classification. But he tried to represent it in his chart. Between each pair of categories, he included regions of “justifiable” disagreement, within which officers of the government might still maintain their “liberality and dignity.” He called these “zones of doubt.”

Baker drew clear lines between the zones of doubt and of certainty. But no amount of peripheral lines or coincidences could avoid the truth about interlamination. The real world is always fuzzy. And Baker's attempt to locate absolute dividing lines is almost too neat a metaphor for the U.S. government’s attempts to solve its problem of knowledge. The comical complexity of his proposal demonstrates how desperate officials were to find technoscientific solutions to questions that ultimately depend on the judgement of human beings.

This uncertainty is an age-old problem not only for customs enforcers, but for anyone operating along what we now call the “value chain.” Some cases are simpler than others. It may not take much of an expert to figure out whether an object is a washing machine or an automobile. But many, if not most, objects of commerce have properties that cannot be objectively determined. It is precisely these properties that tend to be the ones at the center of our politics. Only human judgment can decide whether an object is really what it appears to be, or whether it’s just close enough for government work.