Collection: Lessons from the Great Depression for Today 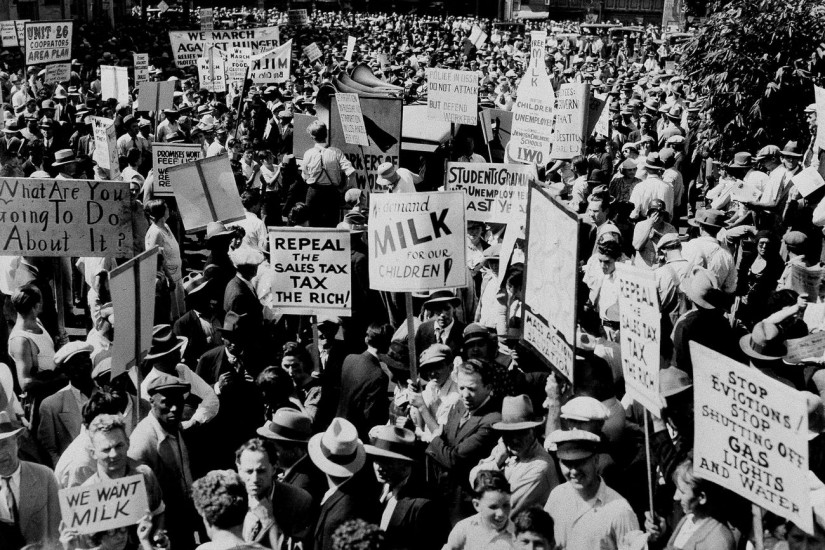 Over 10,000 unemployed people join in a "hunger march" as they mass at the Los Angeles Plaza Historic District to listen to the exhortations of Communist speakers, in Los Angeles, Calif., Oct. 4, 1933.
Library of Congress

... it. Hoover was sworn in as president in March 1929, just months before the stock market crashed. But try as he might, he couldn’t get his associative state to master the challenge of the Great Depression. His miserable failure paved the way for Roosevelt’s landslide victory in November 1932.

... it. Hoover was sworn in as president in March 1929, just months before the stock market crashed. But try as he might, he couldn’t get his associative state to master the challenge of the Great Depression. His miserable failure paved the way for Roosevelt’s landslide victory in November 1932.

Faced with a crisis of enormous proportion, Roosevelt reinvented how the nation did much of its business, most notably by involving the federal government in areas of American life that previously had belonged to cities, counties, or states—if to any governing authority at all. The New Deal succeeded in implementing policies at the federal level that had been percolating for years in reform circles, or that had been partly implemented by the most progressive states.

To ameliorate the immediate crisis, the federal government funded relief, jobs, and infrastructure. In the longer term, it established a new normal that included a national retirement system, unemployment insurance, disability benefits, minimum wages and maximum hours, public housing, mortgage protection, electrification of rural America, and the right of industrial labor to bargain collectively through unions.

These programs were rife with limitations. Social Security and unemployment insurance were tied to jobs, rather than citizenship; federal backing for mortgages redlined neighborhoods considered too nonwhite or immigrant; whole categories of workers were exempted from Social Security and fair-labor standards, such as those doing domestic and agricultural labor; and many necessities for a decent life, such as paid sick days and health coverage, were left to the discretion of employers or the bargaining brawn of unions. Yet flaws and all, the New Deal constructed a social safety net that undergirded a long period of growth and prosperity.

But if we want to use the New Deal as a model for creating opportunity out of catastrophe, we will need to understand more than just its policies and programs. Building a new and improved United States, post-coronavirus, will require understanding how Roosevelt and his associates, labor leaders and activists, and ordinary Americans combined their efforts during the bleakness of crisis to build a better future. We need to know not just what they did, but how they pulled it off.

The New Deal was experimental and incremental—not ideological. Roosevelt and his advisers were far from the clairvoyant visionaries of legend. They never had a master plan. Rather, in the administration’s first 100 days, they implemented a flurry of laws and regulations. If those programs worked, they remained. If they didn’t, they were dropped, to be replaced by others.

The National Industrial Recovery Act, for example, with its voluntary codes of fair competition for prices and wages and limited encouragement of collective bargaining, proved inadequate, and then was ruled unconstitutional. The administration quickly developed alternatives, including the National ...

Lessons from the Great Depression for Today 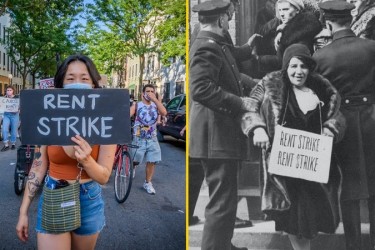 New York Tenants Are Organizing Against Evictions, as They Did in the Great Depression

Activists concerned about pandemic-related homelessness are seeking rent relief. In the 1930s, tenants banded together against evictions.
via Retro Report on November 11, 2020 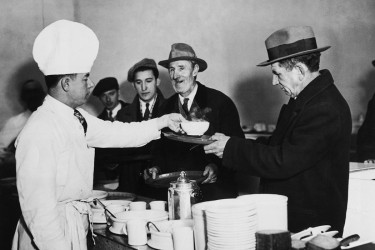 One Parallel for the Coronavirus Crisis? The Great Depression

“The idea that the federal government would be providing emergency relief and emergency work was extraordinary,” one sociologist said. “And people liked it.”
by Livia Gershon via JSTOR Daily on May 20, 2020 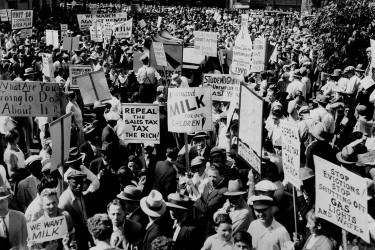 The Lessons of the Great Depression

In the 1930s, Americans responded to economic calamity by creating a richer and more equitable society. We can do it again.
by Lizabeth Cohen via The Atlantic on May 17, 2020