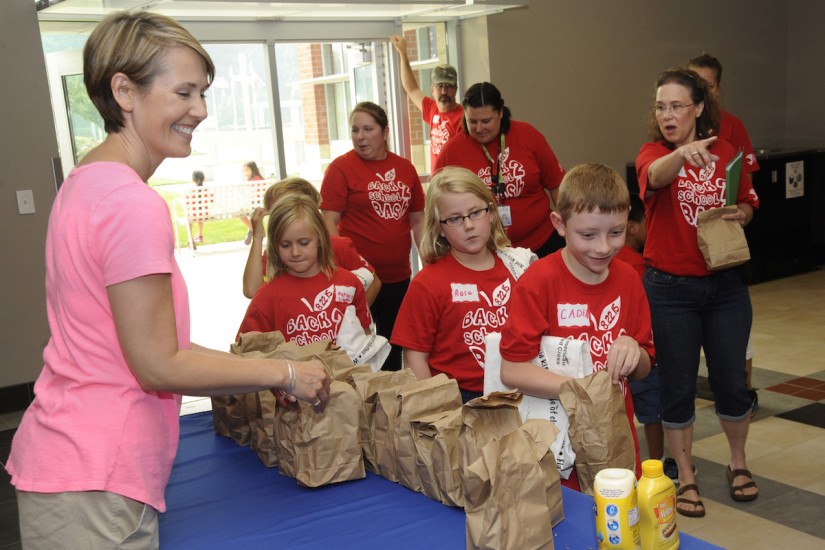 In 1973, the New York Times reported on a war being waged in Cedar Grove, New Jersey, over lunch. Traditionally, the town’s North End Elementary School, like many others, wanted children to be sent home in the middle of the day so they could enjoy a hot lunch at home. In Cedar Grove, however, mothers were now “demanding brown-bag lunch programs,” reporter Georgia Dullea wrote. Twenty mothers, infuriated by the at-home lunch policy, sent their kids to school with brown-bag lunches. Though they were warned their children would receive consequences for bringing a bag lunch, they repeated this action the next day, too. Six children were suspended.

Anna Mae Shepherd, a lawyer who represented these women, told the New York Times, “It’s a sex equality issue, a test of whether the system isn’t set up to ensure that a woman stays in the kitchen.” Whether this lunch battle was resolved quickly or not is a mystery. This is the last time the school lunches at North End Elementary appeared in the Times or other archived publications. Today, the elementary school offers a gourmet catering service for student lunches, and bringing a bag lunch is no longer a suspendible offense.

In 1975, only 44 percent of mothers had jobs outside the home. Responsibilities that kept them from getting jobs would have made it difficult for the rate of labor-force participation for mothers to climb to the 70 percent that it’s reached in this decade. Today, it would be rare for a school to send students home for a hot lunch, and with a national school-lunch program, even packing bagged lunches is no longer a necessity. Paper bags, in other words, became a rallying cry for women who wanted the freedom to be able to work — whether they needed the income or simply wanted a life that involved more than being home to provide hot lunches.