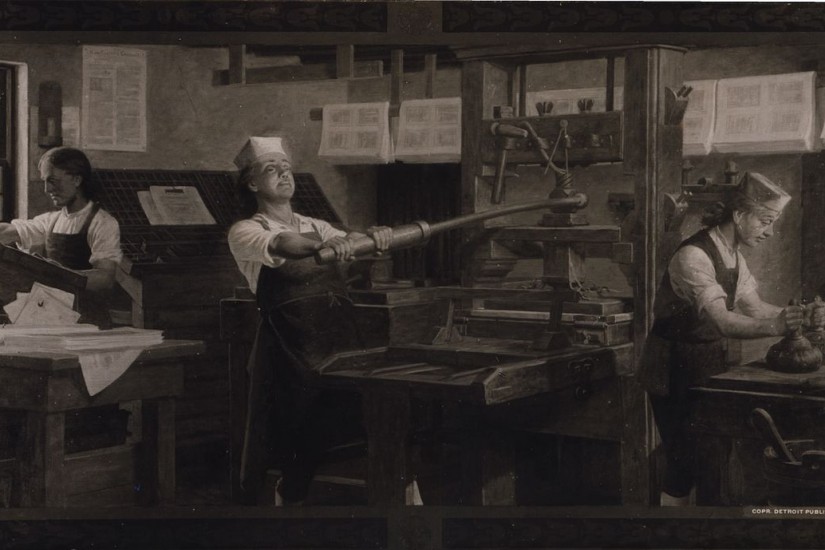 Depiction of Benjamin Franklin at work on a printing press.
Charles E. Mills/Wikimedia

Over the past several weeks, questions about the role of the press in politics and what exactly “freedom of the press” means have come to the forefront of public debate. Politicians have begun to attack press freedom as a shield for hostile reporters. For their part, journalists have been thinking out loud about the way they practice their craft, and worrying about the impact of the new presidential administration on it. In so doing, they are restoring the eighteenth-century formulation that emphasized freedom from government interference as the key element of press freedom.

From the founding of the republic, freedom of the press has been seen as a cherished part of a functioning democracy. But what freedom of the press means has neither been clear nor consistent over time. Since World War II, Americans have tended to view freedom of the press as a license for journalists to investigate any story in the public interest without threat of retaliation. Journalists suggested that they earned that expansive right by holding themselves to a standard of objectivity, through which they pursued stories with determination but without interjecting their opinions.

In debates since late last year, however, many journalists have returned to the arguments that newspaper editors and printers made in the eighteenth century, identifying press freedom not as active participation in politics, but simply as the right to reflect the words of others. Crucially, now, as then, that more passive construction of the role of the press provides plausible deniability from political retaliation, while still letting journalists shape the content of the news.

We can trace the origins of this more passive view of the freedom of the press to Benjamin Franklin, whose illustrious career began in the newspaper business. When Franklin began publishing the Pennsylvania Gazette in Philadelphia in 1728, most newspapers in the American colonies were “published by authority,” which is to say that they carried the blessing of the colonial government to publish news. Drawing on seventeenth-century English traditions, most printers opposed direct interference by officials (that is the sense in which they believed their presses were “free”), but nonetheless most printers saw their papers as chronicles of public events rather than forums for public debate. Only when a town grew large enough to support a second newspaper did this perspective shift, with the new entrant into the market taking a sharper, more oppositional approach to the news.