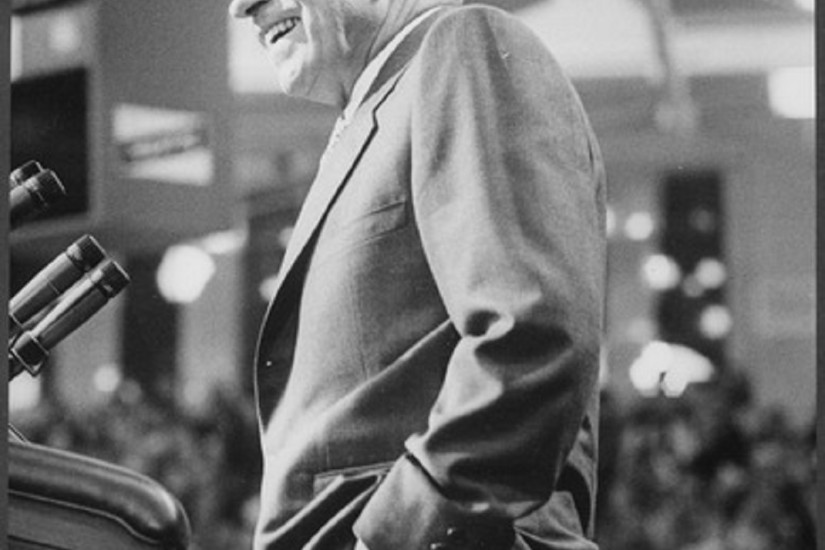 A few weeks ago, I went to a Donald Trump rally in suburban Philadelphia. Boisterous supporters lined the sidewalks, chanting “USA” and “Build That Wall.” Many of them also wore hats and T-shirts bearing an incongruous message, especially for such a noisy afternoon: “The Silent Majority Stands With Trump.”

That’s been a recurring theme in the campaign since last August, when Trump declared that “the Silent Majority is back.” Like the Donald himself, however, Trump backers are anything but silent. And that’s what differentiates them from the “Silent Majority” that Richard Nixon hailed in his famous 1969 address from the White House.

Nixon’s speech came on the heels of nationwide anti-war rallies, which posed one of the first big challenges to his new administration. A few weeks before the speech, millions of Americans took off from work or school to participate in the Moratorium to End the War in Vietnam. Life magazine called the anti-war movement “the largest expression of public dissent ever seen in this country.” According to Time, meanwhile, the protests were “an unmistakable sign to Richard Nixon that he must do more do end the war and faster.”

So Nixon delivered a major televised address, pledging to withdraw more American troops from Vietnam. But he also said the U.S. would keep fighting alongside our South Vietnamese allies until “peace with honor” could be achieved. And he pleaded with “the great silent majority” of Americans to support him, contrasting their quiet restraint with “mounting demonstrations in the street.”