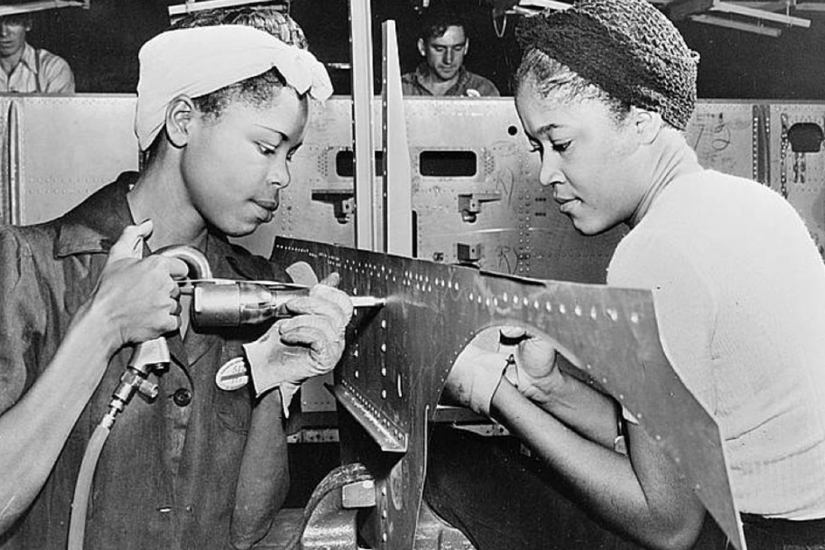 Seventy-five years ago, tens of thousands of white Southerners responded with agitated concern when they learned both by word of mouth and in some regional newspapers that first lady Eleanor Roosevelt was traveling widely throughout the former Confederate states, quietly organizing black women into secret “Eleanor Clubs.” The club motto, “A white woman in the kitchen by 1943,” portended a dangerous inversion of the region’s long-standing racial patterns.

It was already widely believed in the South that black men had been brazenly stockpiling ice picks, pistols, rifles and explosives in anticipation of a larger race riot. With millions of white men now serving in the armed forces and stationed away from their families, the story went, white communities were vulnerable to an impending assault. When that day came, black women—many of whom worked in domestic service—intended to force their white employers to cook and clean for them. “Eleanor Clubs are stirring up trouble that never should have arisen,” a white North Carolinian observed with worry. “Clubs are making the Negroes discontented, making them question their status.”

Of course, not a word of this was true. But that didn’t make these race rumors less vivid in the minds of many ordinary white Southerners.

Long before the advent of conservative radio, cable news and the internet—and two generations before an especially dim bulb shot up Comet Pizza in Northwest D.C., certain he would find Hillary Clinton’s and John Podesta’s child sex slaves chained up in the basement—“fake news” pervaded the American South. We know this largely because of the work of Howard Odum, a leading sociologist who in 1942 widely canvassed the region to collect and analyze these rumors.