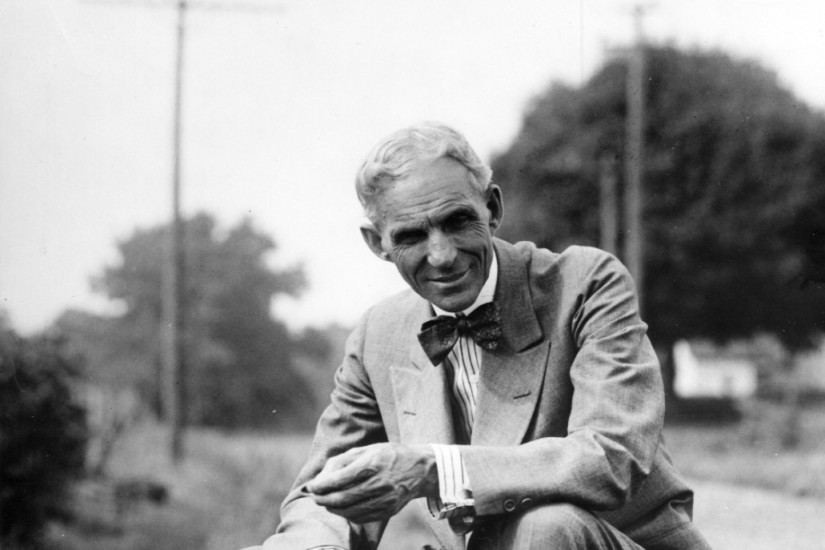 A famous American aphorism, attributed to Henry Ford in standard reference collections, and repeated by almost all who write about him, is the pithy three-word statement: "History is bunk." In preparing this paper I have tried to determine when and where he said exactly that. I have to report I find no proof that he ever did. It may be the editors of Bartlett's Familiar Quotations, the dignified Oxford Dictionary of same, and numerous other scholars are wrong - while  Henry Ford, with Mad Hatter perverseness, was right in the words they say he said, but which he did not say.

As a matter of recorded fact, in an interview published in the Chicago Tribune, which ran through three issues of the paper in 1916, Ford was quoted as saying: "History is more or less bunk." This is longer and not so striking as the folklore version, but it is the original source. It seems to me the qualification makes a considerable difference. The more you think of it, "more or less bunk" covers a multitude of historical writing.

It should be pointed out too, that even by the Tribune's account, Ford did not utter the incriminating words without some determined prodding. There was much invisible context woven into this particular interview. The first World War in Europe was then winding up its second year; preparedness was the great issue here; Ford and the Tribune were prominent antagonists on opposite sides of the question. Ford had failed, the previous year, to end the war by sailing to Norway in the Oscar II. But he continued his pacifist crusade with widely published, intemperate statements, signed with his name, but actually composed by an incredibly tin-eared ghost-writer. In the spring of 1916 Ford further exasperated the Republican Tribune by winning the first Republican Presidential primary ever held in Michigan.

The Tribune's interview was therefore part smear, part debate, and part good public relations for Ford because it made him sound like himself for a change. Here is how the key passage came out, under the by-line of Charles N. Wheeler:

Henry Ford gave his views on disarmament straight from the shoulder.

"But you're wrong there, Mr. Ford," I argued. "Take England, for instance. For a thousand years they have been unable to invade this little strip of land you might tuck away in Michigan. Because England has a navy. Napoleon, with all of Europe at his feet, couldn't get across the twenty-one miles from Calais to Dover. What you ought to stand for is an American Navy. With an adequate Navy we could live in peace and security for a million years."

There was another twinkle in his eye.

"Say, what do I care about Napoleon?" he rambled on. "What do we care about what they did 500 or 1,000 years ago? I don't know whether Napoleon did or did not try to get across and I don't care. It means nothing to me. History is more or less bunk. It's tradition. We don't want tradition. We want to live in the present and the only history that is worth a tinker's dam is the history we make today."


When this piece was published, in 1916, little attention was paid to Ford's remarks about history.
…
View on Proceedings of the Massachusetts Historical Society
View Connections