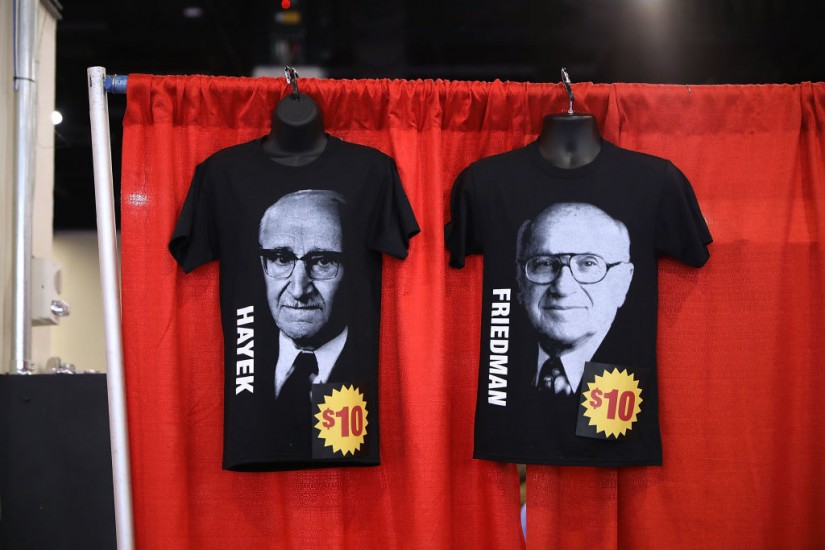 Neoliberal ideas emerged from the ruins of the Austro-Hungarian Empire in the early twentieth century. While the empire had been growing quickly into an industrial power, it lagged behind Germany, France, and Britain. Then World War I disrupted the economy and broke the imperial system. With the end of the war, Austria became a democratic republic, and socialist candidates won repeated victories in its cosmopolitan capital, Vienna. From 1918 to 1934, “Red” Vienna became a model city for democratic socialism, with social housing and expanded schooling for children and adults, all protected by a militant labor movement. The city inspired one resident, Karl Polanyi, to a lifelong defense of social democracy. Red Vienna, he wrote, caused “a moral and intellectual rise in the condition of a highly developed industrial working class,” which “achieved a level never reached before by the masses of the people in any industrial society.”

But not everyone saw it the same way. The war had reduced international trade and led to widespread interference by states in private property regimes, when governments had confiscated foreign-owned property and commandeered resources. Ludwig von Mises, an economist in the Vienna Chamber of Commerce, wanted to restore free trade and the sanctity of property. The prewar version of the Austro-Hungarian empire became a point of reference for Mises and those who joined the study circle he organized: It had been a multi-ethnic empire that lowered barriers to trade while not insisting on cultural homogeneity. A relatively small, landlocked place like Austria, they reasoned, could never be economically self-sufficient in the industrial age. It had to be open to the world market, and to succeed there it would have to be competitive.

The labor movement, then, was a further obstacle to the realization of Mises’s project. The same forces that inspired Polanyi, Mises found oppressive. Labor unions marched in the streets, demanding higher-than-market wages and lower-than-market housing. The city kept budgets balanced with high and progressive taxes, and businesses fared about as well as elsewhere in Austria. But social housing undermined the position of landlords, and the bourgeoisie felt targeted by taxes on conspicuous consumption. For a time, there was even a dog tax that scaled upward with the breed and pedigree of the dog. Mises saw Red Vienna as a standoff between the power of labor and the power of capital. He was pleased when an anti-fascist uprising was violently suppressed in 1927—leaving dozens dead and more than a thousand injured—since it broke the power of the social democratic masses to mobilize.

Democracy, for Mises, was not an absolute value to be respected at all times. It was a good system insofar as it made peaceful, gradual change possible. Democracy’s “function is to make peace,” he wrote, “to avoid violent revolutions.” When it failed in that task, Mises thought that enforcing order by other means was preferable to letting democracy destroy the economic foundations of prosperity, as he understood them. Although it is frequently said that neoliberals want a weak state, in which the market can be left to do most of the work, that is not quite correct. Against the enemies of the market—economic nationalism and democratic demands—the state has to play a role, mostly by creating a system of laws that protects property and by representing enough force to deter challenges.

The neoliberals sought, Slobodian writes, to “encase” markets, not to liberate them.