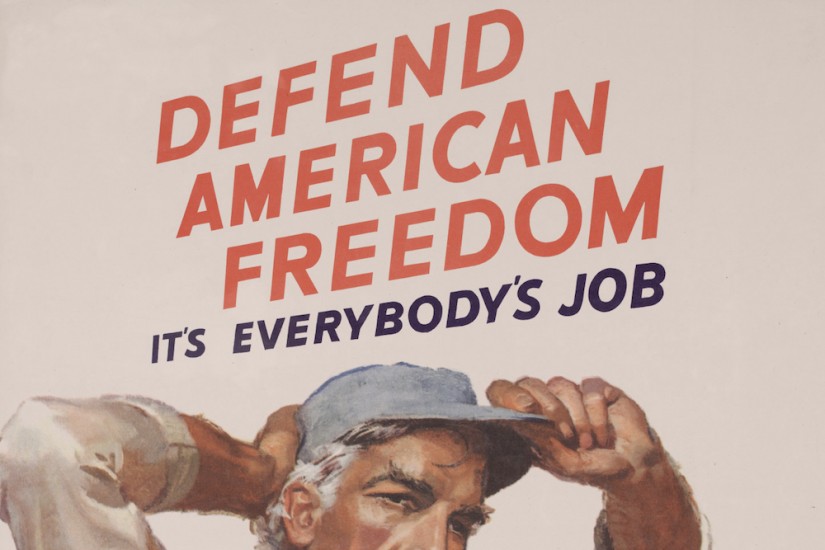 The term “free world” emerged in the late 1930s and early 1940s as an anti-fascist rallying cry. In the spring of 1938, a group of French writers and politicians, including former Prime Minister Édouard Herriot, founded a magazine called “Monde libre” (Free World) in an attempt to foster greater solidarity among democratic nations. Four years later, at the height of WWII, the American Vice President Henry Wallace emphasized the existential nature of the global conflict in a speech to the U.S.-based International Free World Association: “This is a fight between a slave world and a free world. Just as the United States in 1862 could not remain half slave and half free, so in 1942 the world must make its decision for a complete victory one way or the other.” Later that year, the Oscar-winning Frank Capra propaganda film “Prelude to War” illustrated the point by showing two spheres side by side, one black and one white, one a “free world” and the other a “slave world,” each encompassing an entire globe. The message was clear and much repeated: the planet had become small and interdependent; the forces of slavery had set out to conquer the world; and the fate of freedom everywhere depended on their defeat.

The Allies prevailed, but U.S. leaders soon declared a new war of the worlds. The Soviet Union’s westward expansion and communism’s ideological appeal seemed to constitute a serious challenge to the postwar order envisioned by the United States. In 1950, National Security Council Report 68—a major internal statement on U.S. foreign policy—stressed the threat posed to the “free world” by “slave society.” This time the borders between the two worlds were mostly static and easily mapped.

The Cold War incarnation of the “free world” envisioned a neatly Manichean globe with membership and moral attributes clearly defined on each side. Policymakers constructing the Western alliance in the middle of the twentieth century embedded it within this planetary perspective.