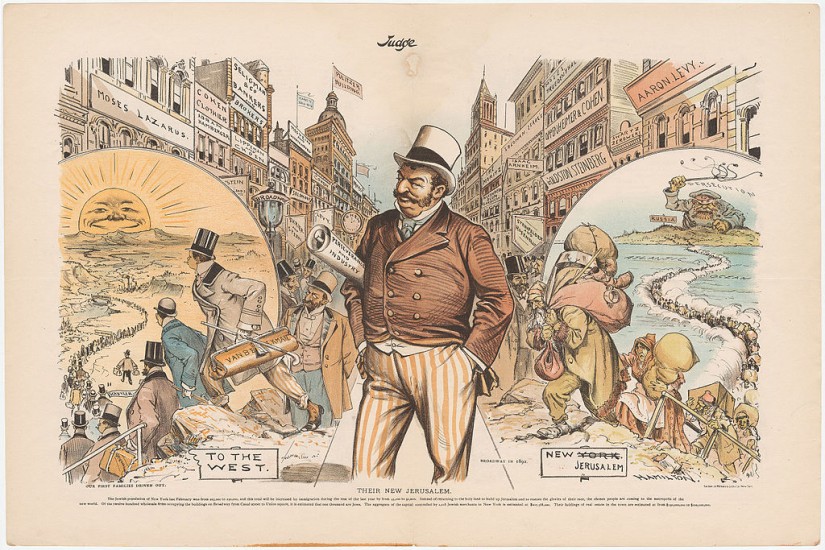 Earlier this year, President Trump denounced the desecration of Jewish cemeteries. But he has said almost nothing about the murder of a black New Yorker last month by a racist military veteran.

All 100 members of the U.S. Senate signed a letter condemning bomb threats against synagogues and Jewish community centers, which were eventually traced to a teenager in Israel. We haven’t heard a similar expression of concern over the four American mosques that were burned by vandals in the first two months of 2017.

Why the double standard? Some observers have suggested that Trump is more attuned to anti-Semitism than to other forms of bigotry because his daughter and son-in-law are Jews. Others point to Trump’s immigration orders and to his earlier threats to bar Muslims from the country, which have made Islamophobia seem less reprehensible — and, possibly, more permissible — than prejudice against Jews.

But I’ve got a simpler explanation: Jews are white.

For most of American history, that wasn’t the case. Jews were a separate race, as blacks and Asians are today. But over time Jews became white, which made it harder for other whites to hate them.

That’s the great elephant in the room, when it comes to the tortured subject of race in America. The word “race” conjures biology, a set of inheritable — and immutable — physical characteristics. But it’s actually a cultural and social category, not a biological one, which is why it changes over time.

Until the 1940s, Jews were recorded as a distinct racial group by American immigration authorities. But many non-Jewish whites also believed that Jews shared traits with the most stigmatized race of all: African-Americans.

In his 1910 book, "The Jew and the Negro," North Carolina minister Arthur T. Abernathy argued that the ancient Jews had mixed with neighboring African peoples. Jews’ skin color lightened when they moved to other climates, Abernathy wrote, but they still bore the same eye shapes and fingernails (yes, fingernails!) as blacks.

Both groups were disposed to sexual indulgence, Abernathy warned, a recurring theme in American racism. “Every student of sociology knows that the black man’s lust after the white woman is not much fiercer than the lust of the licentious Jew for the gentile,” Georgia politician Tom Watson wrote in 1915.