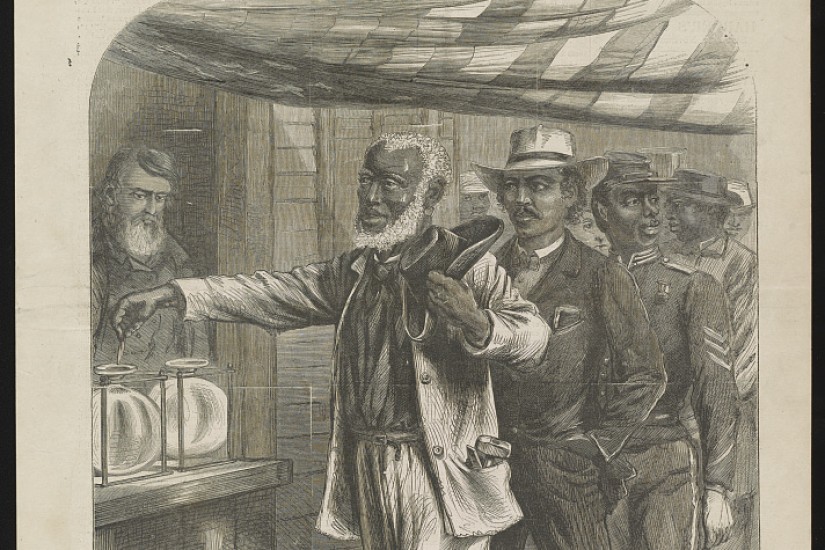 The claim to birthright citizenship did not emerge wholly formed. Black activists began in 1830 to think their way through a range of ideas. There was the US Constitution that, while generally silent on citizenship, did require that the president be a “natural-born Citizen.” Perhaps they, too, were born members of the nation. They proposed that their military service during the American Revolution and the fact of their labor, much of it uncompensated, serve as bases for a claim to rights.

In the pages of the first black-owned newspaper, Freedom’s Journal, and in the proceedings of the so-called colored convention movement, black activists began to develop and discuss their ideas with one another. They even sought expert legal advice, as, for example, when Baltimore’s black-led Legal Rights Association solicited an opinion from former Attorney General William Wirt. As the delegates to the 1835 Convention for the Improvement of the Free People of Colour in the United States put it: “This convention recommends … the propriety of petitioning congress and their respective state legislatures to be admitted to the rights and privileges of American citizens, and that we be protected in the same.”

The need for citizenship protections only grew in the 1840s and 1850s, and black activists claimed that—despite their histories as enslaved people and how differences of color were said to be signs of a natural difference in status—they were entitled to the equal protection of the laws. Circumstances worsened. Some colonization advocates proposed the forced removal of black people from the country, while black laws only expanded in scope, imposing harsher restrictions on African American travel, work, family, associations, and leisure. The Fugitive Slave Law of 1850 heightened the threat that free people would be kidnapped and illicitly sold as slaves. It was a discouraging period and doubts led to the formation of a black-led emigration movement that attracted those who saw more promise in Africa, Canada, or the Caribbean than in the US.

Some claims to citizenship took on a bold tone. Such was the case when Martin Delany insisted, “We are Americans, having a birthright citizenship” in his 1852 book, The Condition, Elevation, Emigration, and Destiny of the Colored People of the United States. Ironically, Delany made this claim just as he was planning to emigrate away from the US. He was not alone in concluding that, even if they were citizens, black Americans had no hope of an equal future in the land of their birth.