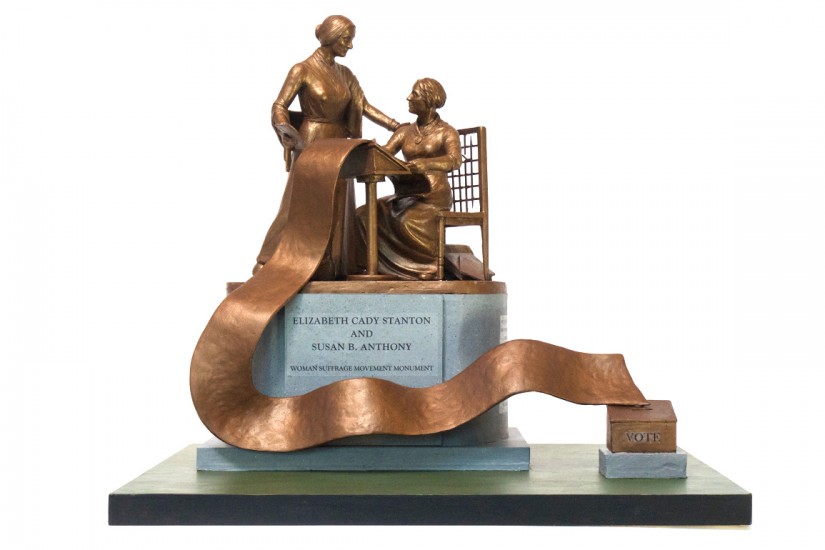 This week, New York City’s Public Design Commission approved Central Park’s first monument to the struggle for women’s rights. Instead of adopting an inclusive tribute to representative women who have shaped the city and the nation, just two figures — Elizabeth Cady Stanton and Susan B. Anthony — will be memorialized in the park. Lamentably, these women stood for a narrow, often racist vision of women’s rights, and a monument lionizing them will send all the wrong messages to young women and girls.

One lesson of the debate over Confederate monuments is how the erection of statues can be an exercise in mythmaking. While purported to honor military greats and the war dead, these memorials were in fact conceived as tributes to the South’s mythical Lost Cause and white supremacy.

Unfortunately, Central Park’s women’s monument also trades in myth. Initially proposed as a way to remedy the startling absence of monuments to “real,” rather than fictional, women, proponents began with a list of some 50 women, all New Yorkers worthy of remembering. When Stanton and Anthony were singled out as the focus of a statue, monument organizers rooted their choice in Stanton’s role convening the 1848 women’s meeting at Seneca Falls, N.Y., the pair’s leadership within the early women’s suffrage movement and the way their long-term partnership shaped thinking about women’s rights.

Unspoken, however, was the degree to which valorizing Stanton is a divisive matter. When Myriam Miedzian, vice president of the statue fund, termed Stanton the “Thomas Jefferson of women,” her analogy may have been more apt than she intended. Stanton was a thinker who enduringly shaped American ideas about the body politic and who, like Jefferson, never distanced herself from white supremacy.

Stanton was, as her biographer Lori Ginzberg has put it, nearly singular in her “openly racist defense of women’s suffrage.” As a symbol, she embodies a deep commitment to white American women as equal to their fathers, husbands and sons.

At the same time, however, Stanton stands for an impoverished vision of equality that never admitted that black Americans, male and female, were her equals. As Stanton’s partner, Anthony was too often complicit with this view. And when it came to writing the earliest history of women’s suffrage, Anthony and Stanton elevated their own ingenuity and activism above that of all others — black and white, men and women — who also labored for the rights of women. These were myths of their own making.