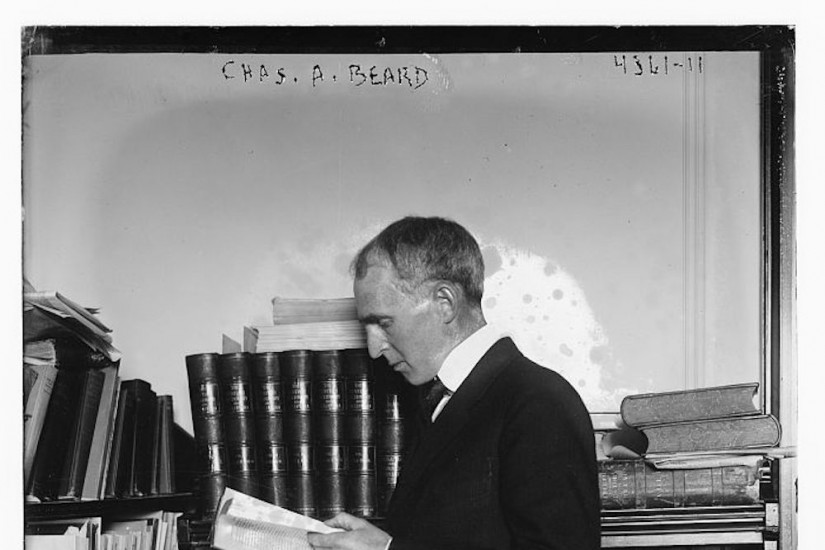 For several decades prior to World War II, Beard stood alone at the pinnacle of his profession. As a historian and public intellectual, he was prolific, influential, fiercely independent, and equally adept at writing for scholarly audiences or for the general public. Then in the 1940s, during the last decade of his life, his reputation cratered suddenly, savagely, and irrevocably. Like Bill Cosby or Harvey Weinstein in our own day, almost overnight Beard became a pariah.

Rather than anything as heinous as serial sexual abuse, however, Beard’s offense was to have committed heresy, not once but twice over. Prior to the attack on Pearl Harbor, he opposed U.S. intervention in the European war that had begun in September 1939. And when that conflict ended in 1945 he had the temerity to question the heroic “Good War” narrative that was even then already forming.

Present-day Americans have become so imbued with this narrative as to be oblivious to its existence. Politicians endlessly recount it. Television shows, movies, magazines, and video games affirm it. Members of the public accept it as unquestionably true. From the very moment of its inception, however, Beard believed otherwise and said so in the bluntest terms possible.

For Beard, that narrative echoed a similar line that President Woodrow Wilson had promulgated while justifying U.S. intervention in the prior European war of 1914 to 1918. Back then, the issue at hand, according to Wilson, had been really quite simple: good pitted against evil with freedom, democracy, and prospects of world peace at stake.

Beard had enthusiastically supported Wilson’s war. Only later, especially when reflecting on the terms of the Versailles Treaty, did he develop second thoughts. With many others, Beard soon concluded that the Great War, as it was then called, had never been about freedom and democracy. The actual stakes had related to power, profit, and empire. And rather than advancing the cause of world peace, as Wilson had promised, the war’s outcome merely laid the basis for another bloodletting on an even larger scale.

During the 1920s, Beard began to align himself with the “revisionists”—scholars and journalists who rejected the official line about the origins of the Great War and about why Wilson had abandoned neutrality to fight alongside Great Britain and France. Revisionists disagreed among themselves about many things, but on one point all concurred: on matters related to war, the official story is merely a cover, propaganda concocted for domestic consumption. The purpose of that story is to conceal truth and manipulate popular opinion.