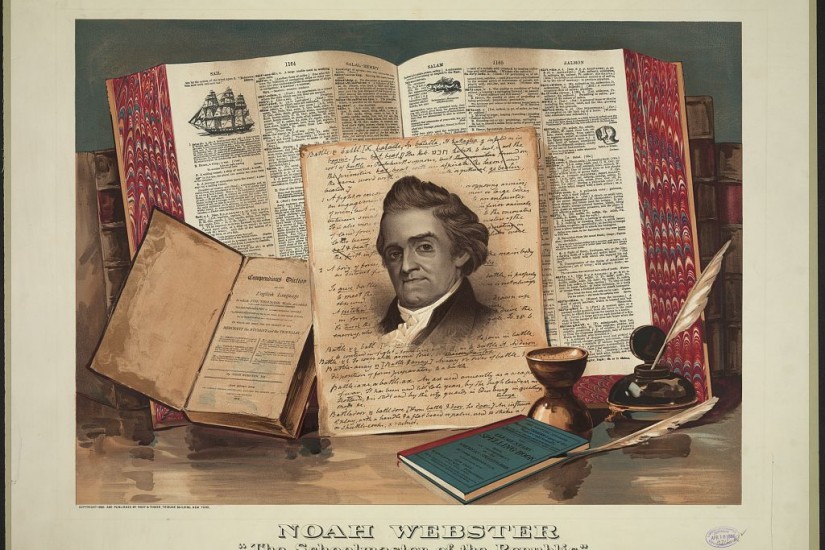 Daniel Webster portrayed in an 1886 print.
Library of Congress

Here’s some trivia for you logophiles out there: Noah Webster, author of An American Dictionary of the English Language (1828), invented the word “immigration.” That is, he took an existing word—in fact all the variations of to migrate, including commigrate, transmigrate, emigrate, and remigrate—and subtly but profoundly transformed them. He did this based on his long study of word origins and perhaps his own historical experience as an ardent American nationalist. In so doing, he created “definitions that had never before appeared in a dictionary of the English language,” writes scholar Neil Larry Shumsky.