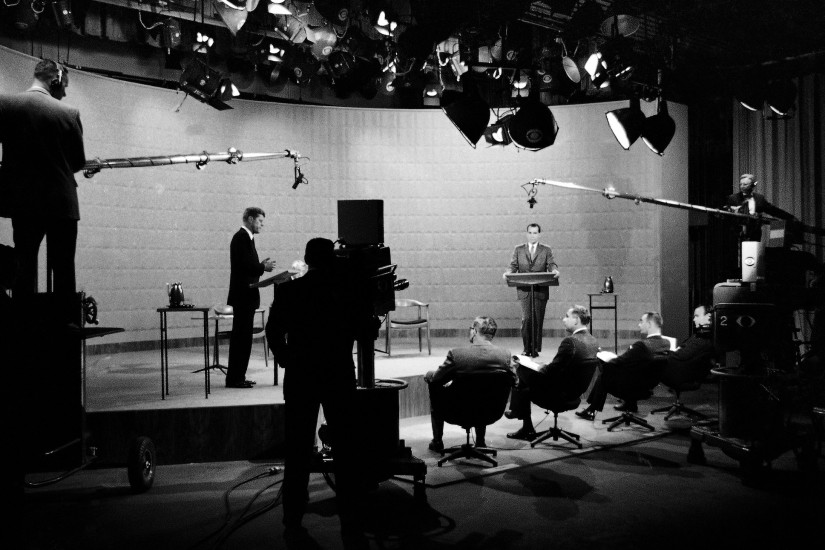 Televised political debates continue to disappoint viewers and critics. Sometimes they even frustrate the participants themselves.

That’s because, since their inception, nobody has been able to come up with a model that rival candidates would accept, and that would be useful and informative for the viewing public. The only debate arrangement everyone agreed to nearly 60 years ago largely remains in place today – the game show format.

The first TV debates were shaped by federal regulations, an enterprising network executive named Frank Stanton, and a series of negotiations that were hampered by a tight schedule and dueling campaigns.

As far back as 1936, radio broadcasters wanted to air live debates between presidential candidates. But Section 315 of the 1934 Communications Act required equal airtime be devoted to every announced candidate, preventing broadcasters from limiting the debate pool. Stanton, president of CBS from 1946 to 1971, regularly proposed debates and often went to Washington to lobby Congress to change the law. In the late 1950s, he found his moment.

The rise and fall of quiz shows

Programs like “The $64,000 Question,” “Twenty-One” and “Tic-Tac-Dough” delighted audiences and turned contestants and the shows’ hosts into national celebrities. The shows were all pretty similar, designed to showcase intellect while letting viewers at home test their knowledge.

In 1958, though, some players began to complain that the shows were rigged, saying they were given the correct answers, or instructed to answer incorrectly, to boost suspense and attract viewers.

The revelations shocked the nation, leading to calls for political action and more regulation of television programming. Within the industry, critics and journalists called on TV networks to renew investment in public affairs broadcasting.

Stanton seized the moment. He suggested televised political debates could be a way to redeem TV; NBC president Robert Sarnoff and other industry leaders joined him. Their lobbying was enough to get Section 315 suspended, and 1960 proved the perfect moment. President Eisenhower was finishing his ...

View on The Conversation
View Connections