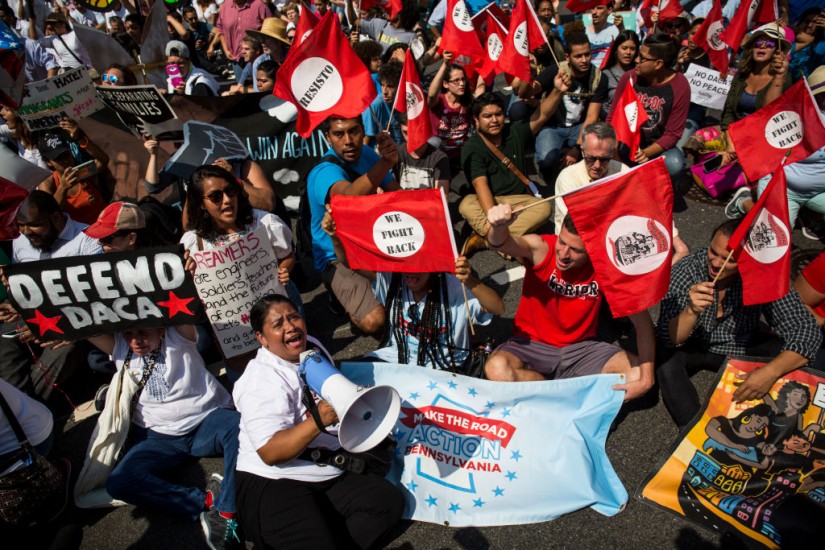 From the outset, the rearguard movement that is Trumpism has been honest, at least, about its intentions to deliver the United States back to an earlier era in its history. We have heard this sort of appeal to an Edenic past from conservative politicians for decades—for so long, in fact, that those who wished to avoid the more alarming implications of Donald Trump’s resentment agenda could see him as simply a more rough-hewn version of that variety. They imagined him capable of the fabled “pivot” that would allow a more mature, statesmanlike version of Trump to emerge. When this didn’t happen—when his campaign compiled such a vast collection of bigoted actions and statements that it began to seem as if a case study from a syllabus for a course on intersectionality had sprung off the page and run for high office—they held out hope that he would “grow into” the Presidency. That faith was never warranted, but the past month effectively revealed the difference between unfounded optimism and an outright delusion.

In the span of three weeks, Trump has equivocated on the moral character of Nazi sympathizers, pardoned a former sheriff found guilty of racial profiling (though that is possibly the least egregious of the sheriff’s list of civil-rights affronts), and, finally, announced his plan to rescind President Obama’s Deferred Action for Childhood Arrivals (daca) initiative, imperilling the future of eight hundred thousand people who are Americans in all but the most technical sense of the term. This move is part of a larger vision of immigration. Last month, Stephen Miller, one of Trump’s senior policy advisers, sparred with CNN’s Jim Acosta during a press briefing on the proposed raise (Reforming American Immigration for a Strong Economy) Act. If passed, the legislation would slash legal immigration by fifty per cent, and prioritize highly skilled English speakers among those who are allowed to immigrate. But even the preference for highly skilled immigrants should be viewed skeptically, given Trump’s campaign rhetoric about reducing the numbers of people allowed into the country on H-1B visas. The issue is not whether these immigrants are in the country legally; it’s that they are in the country at all.