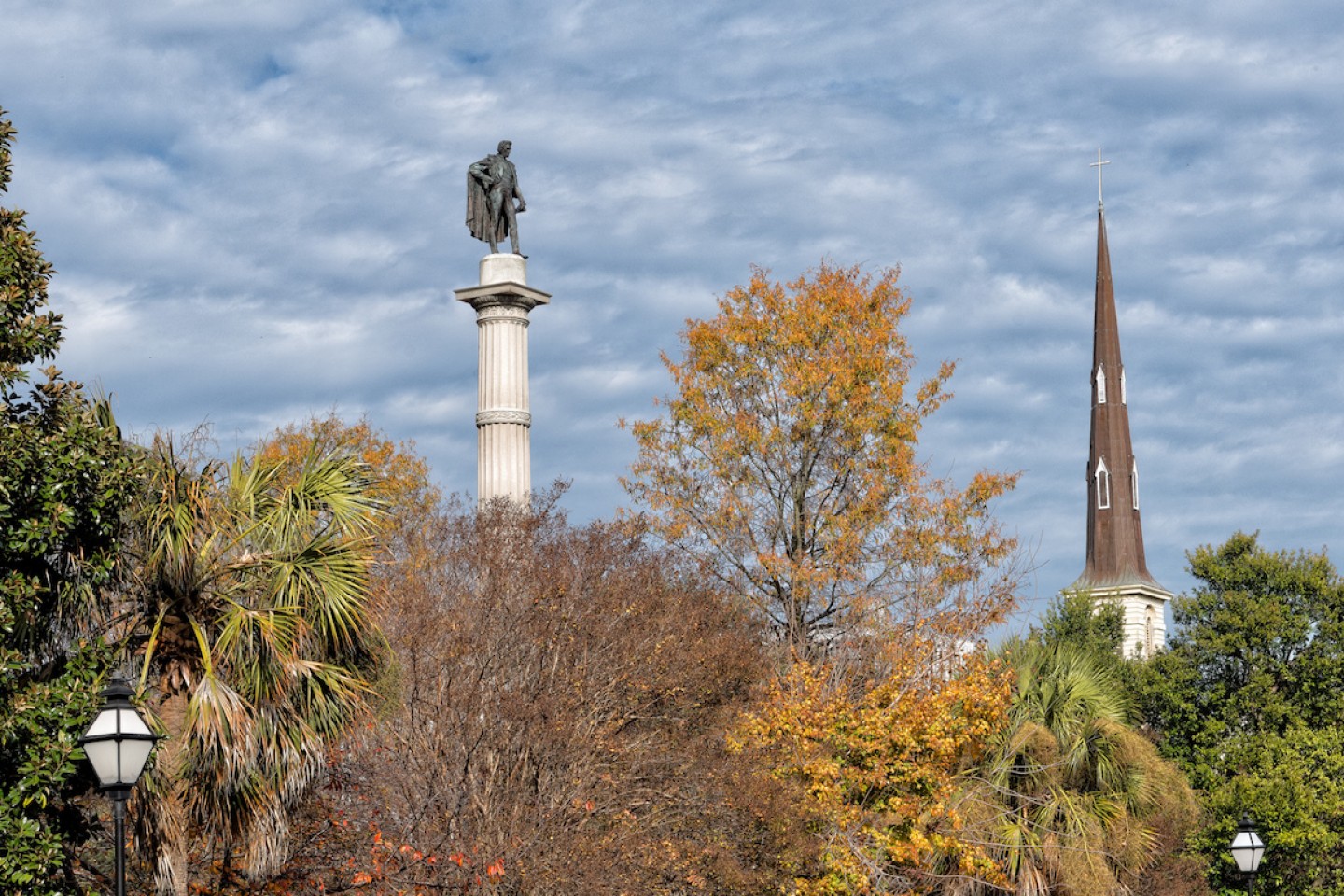 I recently returned from a trip to Charleston, South Carolina, where I spent time with a group of high school students contending with the ongoing debate over Confederate monuments. Over the past two years I have worked with teachers and students from all over the country, but Charleston presented its own unique challenges. This is the city where the fire of secession was first kindled. Roughly 40 percent of the enslaved Africans brought to what became the United States arrived on nearby Sullivan's Island. The first shots of the Civil War were fired at Fort Sumter, overlooking Charleston. Monuments celebrating the Confederate cause define the city's commemorative landscape. They include a monument to John C. Calhoun, who famously boasted that the institution was nothing to apologize for, that it was a "positive good." About a block away from the Calhoun monument on June 17, 2015, Dylann Roof murdered nine people during a prayer service at Emanuel African Methodist Episcopal Church.

Over the course of three days of intense discussion with the students, I found them very willing to reflect on some of the most complex questions that I could pose, including whether Dylann Roof could have found vindication for his actions in the city's commemorative landscape. Students were also open to the challenge of confronting their own family stories. Many could identify Confederate soldiers or slave owners among their ancestors. The granddaughter of the local chapter president of the United Daughters of the Confederacy shared what it was like to have to reconcile her grandmother’s stories with what she is now learning in her history class.

I left Charleston convinced that communities now grappling with the future of their Confederate monuments must involve their high school-aged neighbors. Unfortunately, in all of the public forums that have taken place throughout the country over the past few years, not one community has made a concerted effort to engage this particular group.

The voices of older Americans, on the other hand, have dominated the discussion about Confederate monuments. White House Chief of Staff John Kelly spoke for many of his generation when he told an interviewer in October:

I would tell you that Robert E. Lee was an honorable man. He was a man that gave up his country to fight for his state, which 150 years ago was more important than country. It was always loyalty to state first back in those days. Now it’s different today. But the lack of an ability to compromise led to the Civil War, and men and women of good faith on both sides made their stand where their conscience had them make their stand.

The Lost Cause narrative that Kelly espouses – characterizing men who were willing to give their lives to destroy the U.S. and establish a slaveholding republic as “honorable” – dominated the nation's collective memory until quite recently. Only in the last few decades have history textbooks been revised to reflect the revolution in recent scholarship that has recentered the story of the Civil War on slavery and enslaved people. It should come as little surprise, then, that young people understand the stakes of the war in a way that their parents and grandparents did not.

Of course, exposure to this new narrative does not lead to any one conclusion about what to do with Confederate monuments. I found that students in Charleston are just as divided on this question as are their parents and grandparents. One student expressed concern that "removing monuments will give people the impression that we are past racism." Others argued that the monuments should remain as "reminders" of a past that must be understood. One student suggested that monuments be added to Francis Marion Square "on the other side of John Calhoun." Historical markers providing necessary context were also floated as a way to "figure out a medium."

Students on the other side of this issue respectfully voiced their disagreement. They worried that leaving Confederate monuments in place would reinforce their perception as "trophies" for the "side that ultimately "won." More than one student advocated moving monuments to museums where the Confederates they memorialize could be "remembered and not revered." Throughout, students on all sides listened intently to one another, acknowledging their differences, but seeming all to agree with a point expressed on the final day: "Identity as a Charlestonian comes with so much weight."

Discussions about the relocation of monuments – Confederate or otherwise – should be based on a solid understanding of the relevant history. But they should also be about more than simply “correct” history. Monuments, after all, are erected to remind us of the values we aspire to achieve. Whether they continue to function as such, generations later, is a question that our youngest adults are in a unique position to address. They, at the very least, are the ones who will have to live with the answers.